SEOUL, Oct. 8 (Yonhap) -- Undefeated South Korea are still in second place in the final Asian qualification round for the 2022 FIFA World Cup, with three matches in the books for all countries in action.

South Korea beat Syria 2-1 on Thursday for their second consecutive victory in Group A, improving to seven points and temporarily climbing to the top of the group past Iran.

Later that night in Dubai, Iran blanked the United Arab Emirates 1-0 to extend their winning streak to three matches and reach nine points. 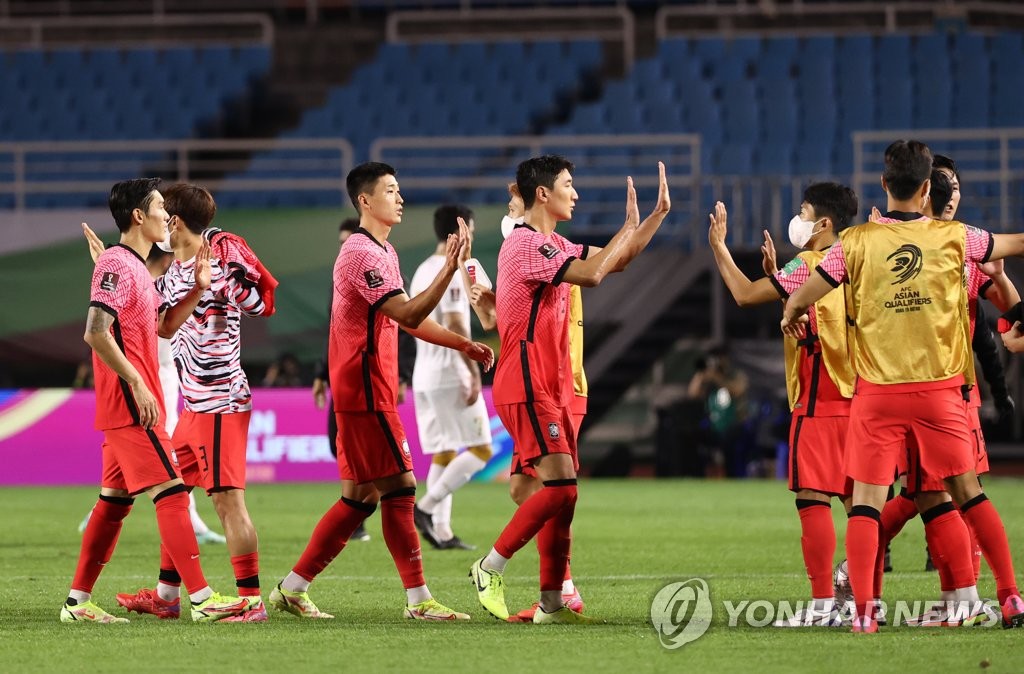 There are two groups of six nations in the current qualifying phase. The top two teams from each group will earn spots at next year's World Cup in Qatar, and the two No. 3 seeds will meet in a playoff match. The winner of that contest will then reach the last-chance intercontinental playoff.

Iran and South Korea will play each other Tuesday in Tehran.

They are also the only two countries in Group A to have won a match so far. The UAE, Lebanon and Iraq all have two points apiece from two draws and a loss. Syria have put up one draw and two losses.

In Group B, Australia and Saudi Arabia are leading the way after three straight victories each. Japan, Oman and China are tied up at three points, while Vietnam, coached by South Korean Park Han-seo, are bringing up the rear after three losses. 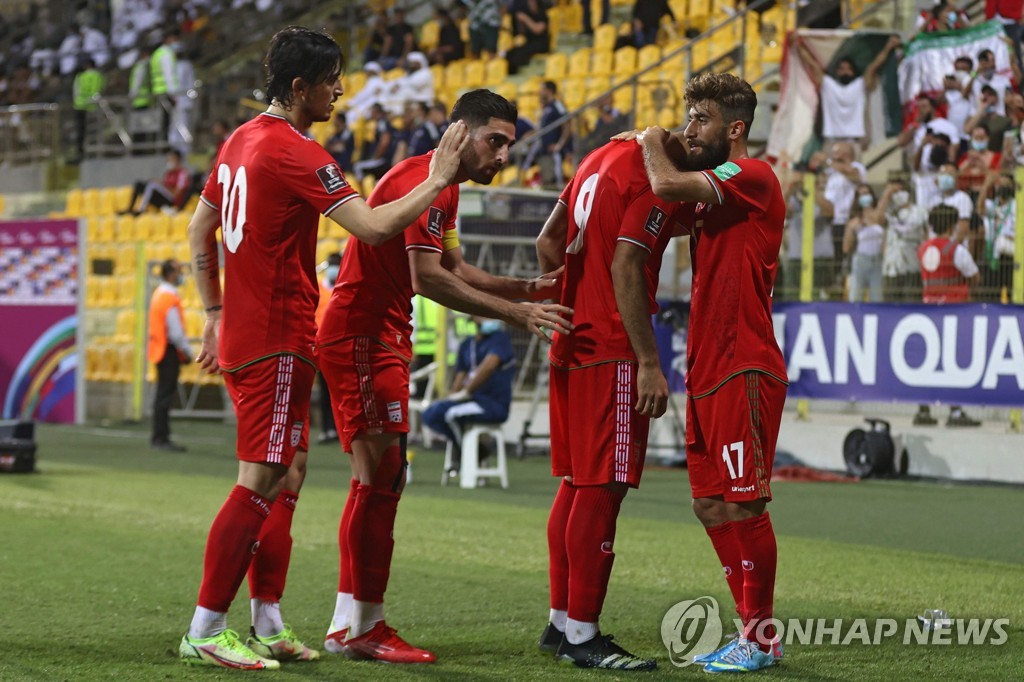