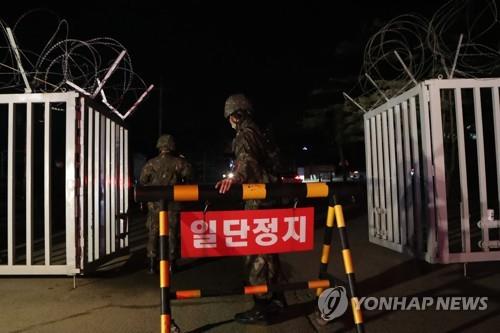 Separately, the defense ministry reported the first COVID-19 case from its headquarters in central Seoul.

One civilian employee at the ministry was confirmed to have been infected earlier in the day and contact tracing is now under way, according to officials.

The ministry temporarily shut down part of the building for disinfection works, they added.