SEOUL, Oct. 8 (Yonhap) -- Unification Minister Lee In-young stressed the need for the Korean-version New Deal project to expand to cross-border cooperation with North Korea, while speaking online with Jim Rogers, a well-known investor, according to the ministry Friday.

During a conversation with Rogers the previous day, the minister said that the so-called Peace New Deal will serve as a new growth engine for the South Korean economy.

"The minister said that ... if economic cooperation between the two Koreas develops into a Peace New Deal, it will pave the way for a new leap in the South Korean economy," Cha Deok-cheol, the ministry's deputy spokesperson, told a regular press briefing.

Rogers expressed support for Lee's vision, stressing that inter-Korean exchanges will be "beneficial for all and will provide fresh opportunities," the ministry said.

He also pointed out that the world will pay attention to South Korea if the two Koreas are reunified and stressed that more companies will invest on the peninsula. 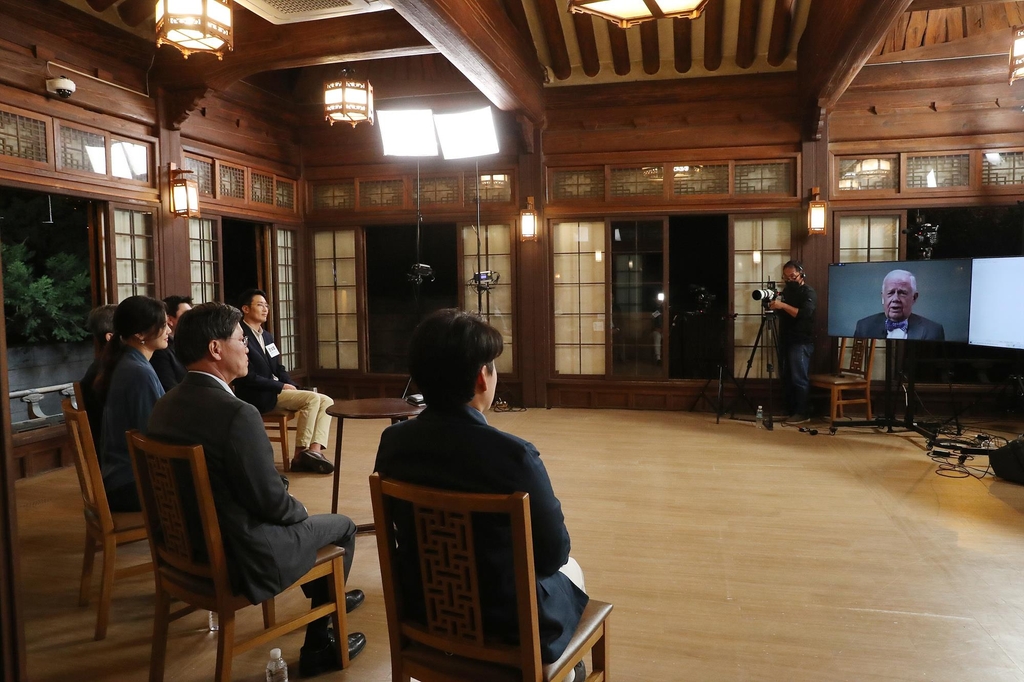