The First Committee handling disarmament and international security held a general debate session earlier this week in the wake of the recent series of the North's missile launches, including the test of a new hypersonic missile in September.

"The repeated ballistic missile launches, including the most recent ones by the DPRK, undermine regional and international peace and security and are a matter of serious concern," Italian Ambassador Stefano Stefanile said during the debate, according to the transcript posted on the website of the country's permanent mission to the U.N. in New York.

"We urge the DPRK to refrain from further provocations and take concrete steps towards a complete, verifiable and irreversible denuclearization. In the meantime, the international sanctions regime needs to remain in place and be effectively implemented," he added.

During the session, Britain's representative, Ambassador Aidan Liddle, urged the North to resume nuclear talks with the United States, which have been stalled since the no-deal Hanoi summit in 2019 between then U.S. President Donald Trump and North Korean leader Kim Jong-un, according to a U.N. document.

Thomas Gobel, the representative of Germany, called for Pyongyang to react "positively" to the efforts by Seoul and Washington to establish dialogue, the summary of the committee session showed.

South Korea's Ambassador to the U.N. Cho Hyun used the session to highlight the importance of President Moon Jae-in's recent proposal for the declaration of a formal end to the 1950-53 Korean War.

"An end of war declaration would mark a pivotal point of departure in creating a new order of reconciliation," Cho was quoted as saying.

Exercising the right of reply, a North Korean representative criticized the U.S.' offer to hold talks with no preconditions as a "smokescreen hiding its hostile acts" and defended its military activities as "self-defensive" preparations. 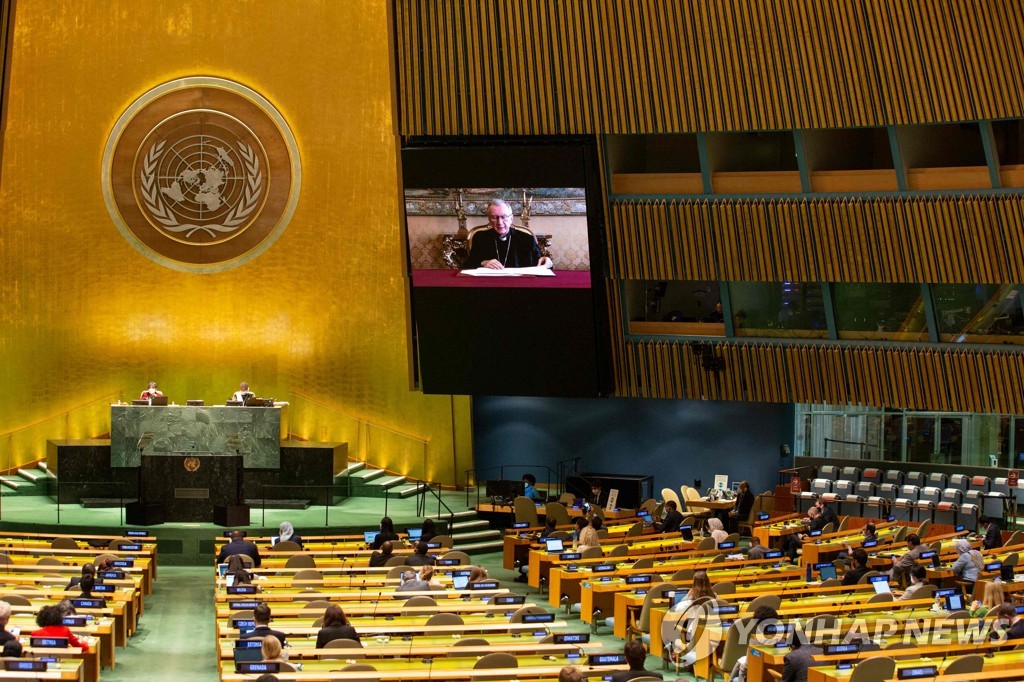