BUSAN, Oct. 8 (Yonhap) -- South Korea's best-known Haeundae Beach in the southeastern city of Busan lost nearly a quarter of its white sand area between 2016 and 2020 due to acceleration of coastal erosion, government data showed Friday.

According to a Ministry of Oceans and Fisheries report submitted to Rep. Kim Tae-heum of the main opposition People Power Party, the beach lost 41,954 square meters, or 22.7 percent, of its white sand area over the five years.

The Haeundae district was assessed to have "severe" coastal erosion of level D last year, two notches down from the "moderate" level B, a level that the beach had maintained since the city of Busan completed its coastal maintenance project in 2015. 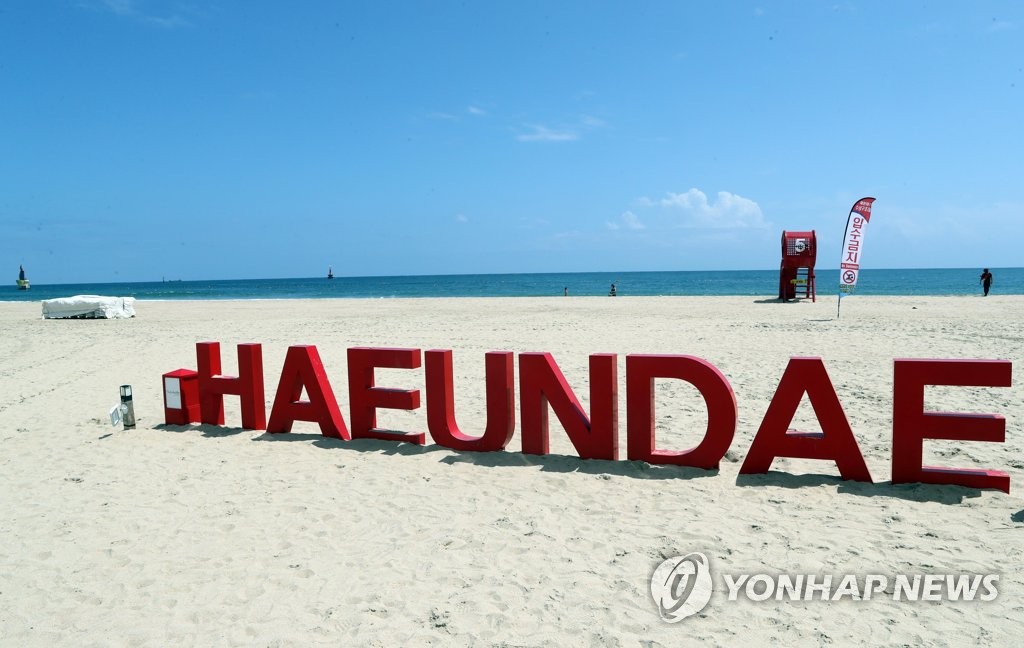 The report also showed that coastal erosion sped up in other areas across the country last year, including 16 in the eastern Gangwon Province, 12 in the southwestern South Jeolla Province and nine in the southeastern North Gyeongsang Province.

"Coastal erosion has expedited due to the government's lack of will to (slow down the phenomenon), such as the implementation of additional beach maintenance projects," Kim said, calling for more efforts to resolve the problem.