SEOUL, Oct. 8 (Yonhap) -- The remains of two police officers killed in the 1950-53 Korean War have been identified through DNA analysis after they were recovered from a former battle site more than a decade ago, the defense ministry said Friday.

The remains were found to have been from Lee Nam-eui and Choi Young-geun, who were killed in a battle against invading North Korean troops that took place in the southwestern county of Yeonggwang in July 1950.

Their remains were retrieved in the region in 2007, along with 36 other sets of remains, through the joint excavation work by the ministry and police. Some 250 police officers participated in the fierce battle, and all of them were killed in action, according to the ministry.

The identification was possible as their families registered their DNA samples with the government, the ministry said, adding that it will hold a ceremony to mark their return and lay their remains at a national cemetery. 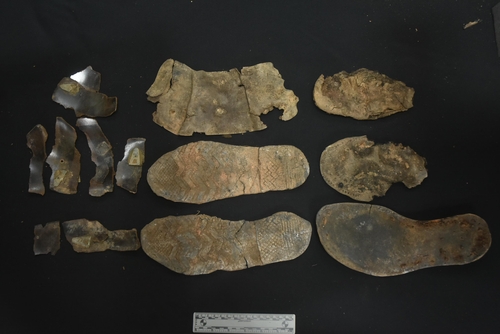