SEOUL, Oct. 11 (Yonhap) -- Finance Minister Hong Nam-ki will leave for the United States this week to attend a Group of 20 (G-20) meeting of finance chiefs and central bankers to discuss global economic and financial issues, the finance ministry said Monday.

Hong will head to Washington on Tuesday to attend the G-20 Finance Ministers and Central Bank Governors' meeting set for Wednesday, according to the Ministry of Economy and Finance.

The gathering is meant to lay the groundwork for the G-20 summit scheduled for Oct. 30-31 in Rome.

Hong plans to stress the need for policy coordination and the importance of promoting free trade in response to global economic risks, the ministry said. He will also explain Seoul's stance on climate change response and the overhaul of a global corporate tax scheme.

On the sidelines of the meetings, Hong will hold separate talks with U.S. Treasury Secretary Janet Yellen and the finance minister of Argentina.

He is expected to discuss with Yellen bilateral and multilateral economic issues as well as the matter of Iran's funds frozen in Seoul.

The minister will also meet with the chiefs of the IMF, the World Bank and the Inter-American Development Bank, according to the ministry. 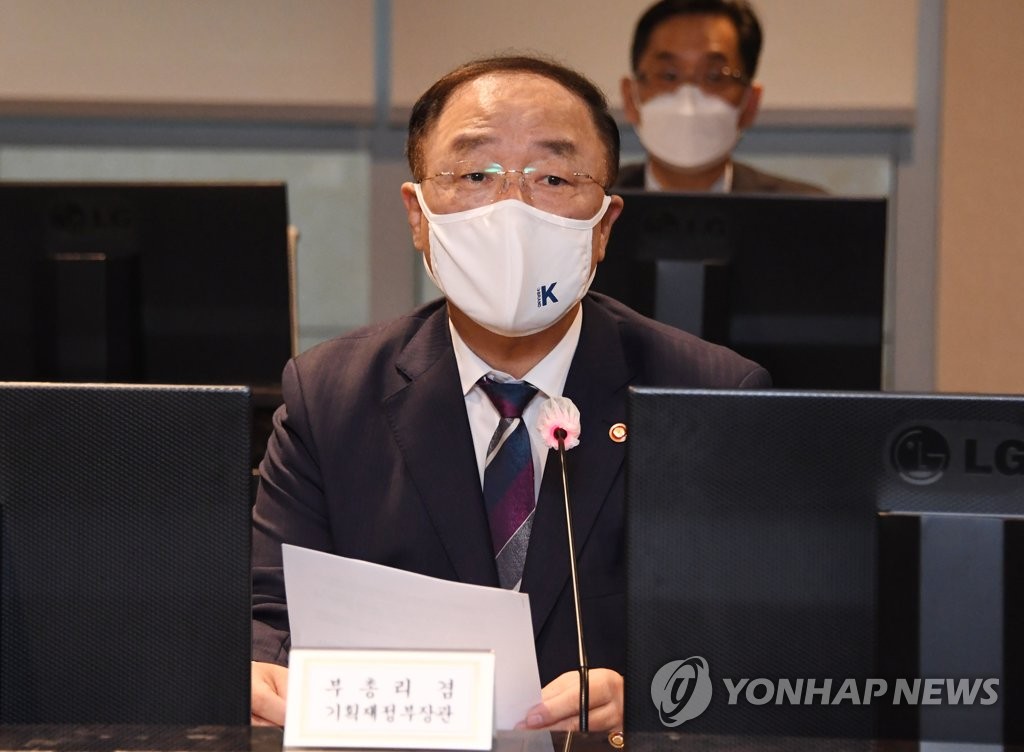 Finance minister to leave for U.S. to attend G-20 meeting

Finance minister to leave for U.S. to attend G-20 meeting