SEOUL, Oct. 9 (Yonhap) -- Gyeonggi Gov. Lee Jae-myung on Saturday clinched another sweeping victory in the penultimate round of the presidential primary of the ruling Democratic Party (DP), all but formally ensuring his nomination.

After Saturday's primary in his home turf of Gyeonggi Province, Lee's support rose to 55.2 percent of the votes cast since the race began early last month, while support for his rival Lee Nak-yon stood at 33.9 percent.

Gov. Lee thanked his supporters in the province, saying Saturday's votes were "more than expected."

The monthlong primary is scheduled to wind up in the final stop in Seoul on Sunday, with the Gyeonggi governor widely projected to win the party nomination for president.

The results showed again the DP's primaries are little affected by a snowballing corruption scandal involving a residential area development plan in Seongnam in 2015 when he was the city's mayor. 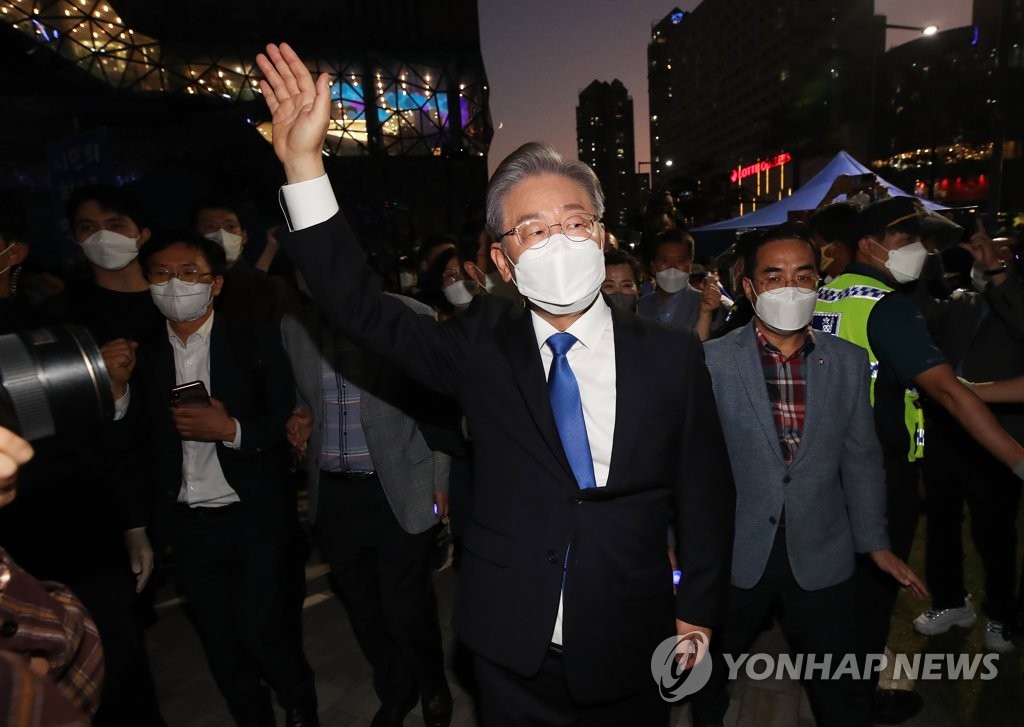