SEOUL, Oct. 9 (Yonhap) -- South Korean stocks are likely to come under pressure next week amid concerns that the debt crises of giant property developers in China may hurt the local economy, analysts said Saturday.

The benchmark Korea Composite Stock Price Index (KOSPI) closed at 2,956.3 points Friday, down 2.08 percent from a week ago. The Korean stock market was closed Monday due to an extended holiday tied to the Oct. 3 National Foundation Day.

Tensions from the debt ceiling impasse eased on Friday as the U.S. Senate approved legislation with a short-term debt-ceiling increase, enabling the world's largest economy to avoid a default. 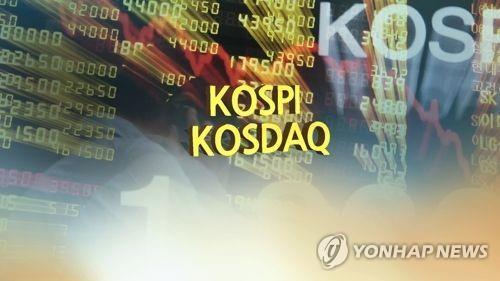 Analysts expected that local stocks would fluctuate in a highly volatile market next week, rather than making a fast rebound.

"The risk from the U.S. seem to have decreased, with higher chance that the debt ceiling deadline would be put off to December," NH Investment & Securities analyst Kim Young-hwan said.

"But the risks from the Chinese property market and the global energy shortage are still looming heavily on the local stock markets," he said.

China is one of South Korea's two largest trade partners, along with the U.S.

The Korean stock market will be closed Monday due to an extended holiday tied to the Oct. 9 Hangeul Day, which celebrates the proclamation of the Korean alphabet.

Seoul stocks likely to come under pressure on China risk next week: analysts

Seoul stocks likely to come under pressure on China risk next week: analysts