In response to Kishida's message, a senior Cheong Wa Dae official said Seoul "anticipates to communicate and cooperate with Japan to develop its relationship into a future-oriented one."

The official also stressed the need to "collect the wisdom" in order to solve pending issues between the two countries. "Both countries need to work together in order to strengthen practical cooperation in various areas," the official added.

The tone of Kishida's remarks on South Korea was similar to that of his predecessor Yoshihide Suga in his parliamentary speech delivered a month after his inauguration last September.

The two sides are locked in disputes over shared history, especially Japan's wartime forced labor and sexual slavery during its brutal colonial rule of Korea from 1910-45. 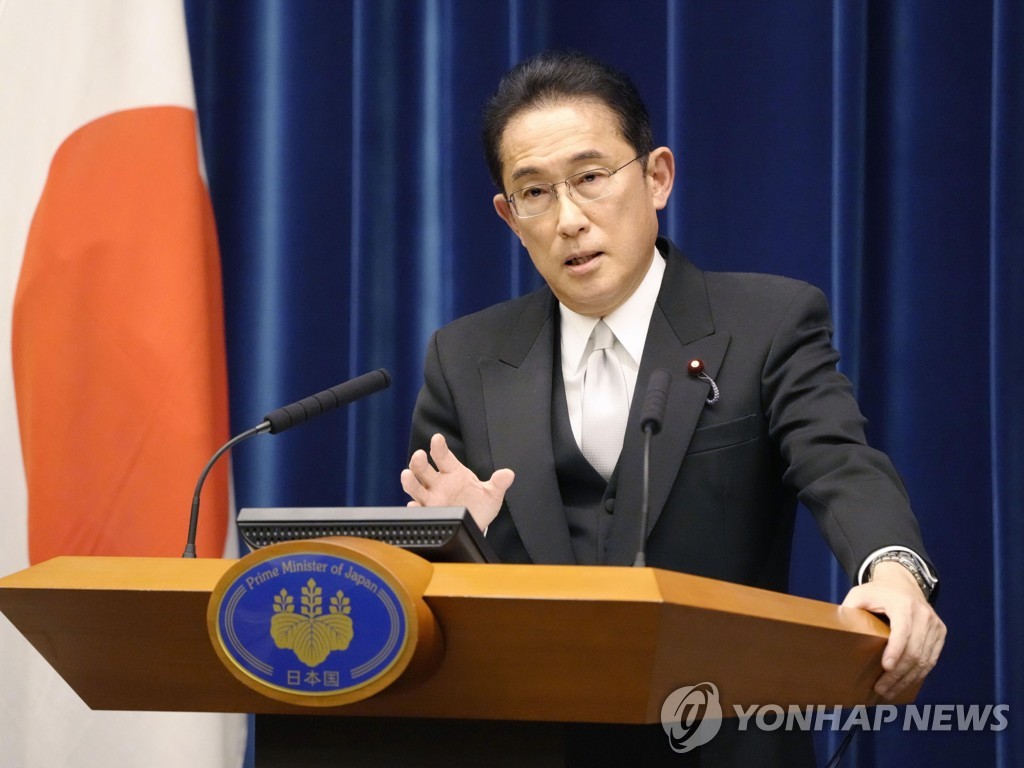