He was in Busan, as his two films, "Wheel of Fortune and Fantasy" and "Drive My Car," were invited to the Gala Presentation section for introducing new projects of the world's renowned filmmakers at the ongoing 26th Busan International Film Festival (BIFF). 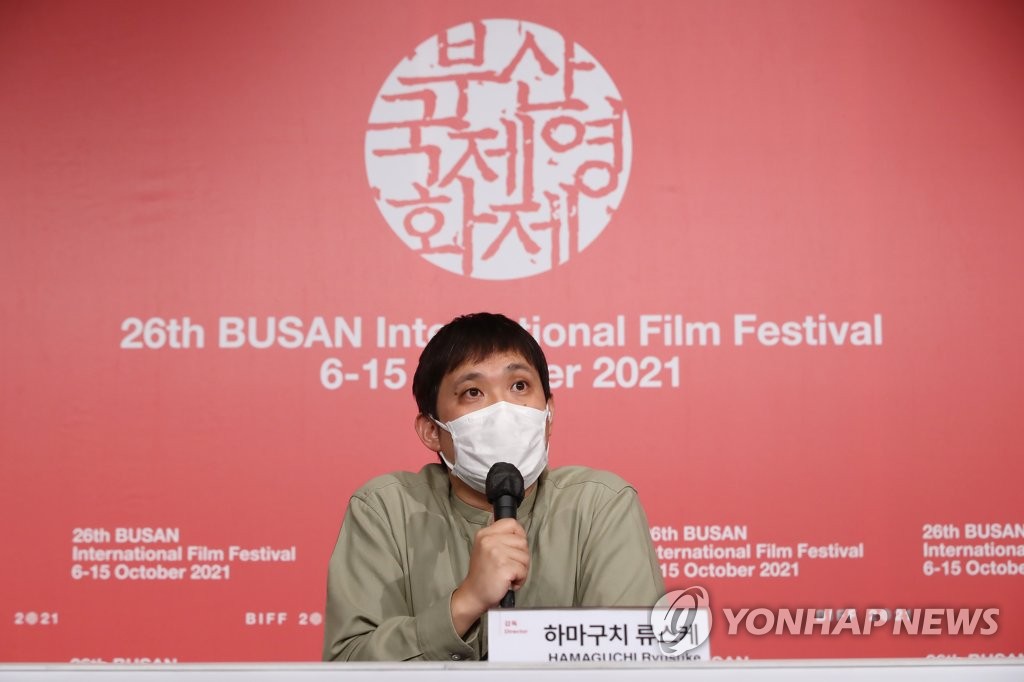 Based on the 2014 short story collection "Men Without Women" by renowned Japanese author Haruki Murakami, "Drive My Car" is about Yusuke Kafuku, a middle-aged stage actor and director who lives in regret after his wife's death. He is invited to a local play festival held in the southwestern port city of Hiroshima and prepares "Uncle Vanya" with many non-Japanese actors.

Director Hamaguchi said Busan, a South Korean coastal city, was the place he had first chosen for filming the project two years ago. The plan, however, was scrapped due to the COVID-19 pandemic, and he moved the setting to Hiroshima.

"In 2019, I visited Busan several times to look for the best filming locations," Hamaguchi said in a press conference during the 10-day festival. "In the original scenario, Yusuke participates in the annual theater festival based in Busan."

The Japanese director said he wanted to experience the filmmaking process in South Korea, whose presence has grown to an outstanding level in recent years, led by the Oscar-winning film "Parasite" (2019). It was easier to shoot on location in Busan than in a Japanese city, he added.

"I focused on the fact that Korean film is prospering and its influence is getting stronger," he said. "And I thought I could learn a lot from the way Korean filmmakers work and produce a film." In "Drive My Car," some non-Japanese actors, including three Koreans, took supporting roles as thespian characters, and they communicate with each other in their own languages of Chinese, English and Korean under the direction of Hamaguchi.

"I tried to say that a different language is not the reason for misunderstanding," he said. "People have different thoughts, and the difference gets bigger and bigger and undermines the relationship if they don't communicate. It's not a matter of language."

The Japanese director made a sensation in the world of cinema by grabbing big awards in two separate prestigious international film festivals with two different works within a few months in 2021.

His latest romantic film "Wheel of Fortune and Fantasy" won the Silver Bear Grand Jury Prize at the Berlin International Film Festival in March, and the drama "Drive My Car" was awarded best screenplay at this year's Cannes Film Festival in July.

But the 42-year old did not boast of the rare achievements, saying he is not affected by awards and compliments.

"I'm very pleased with the honors," he said. "But I think I could win the award, as my film suits the taste of jury members, or otherwise, I'm not given a chance, because they don't like mine."

This year's BIFF kicked off Wednesday and runs through next Friday. 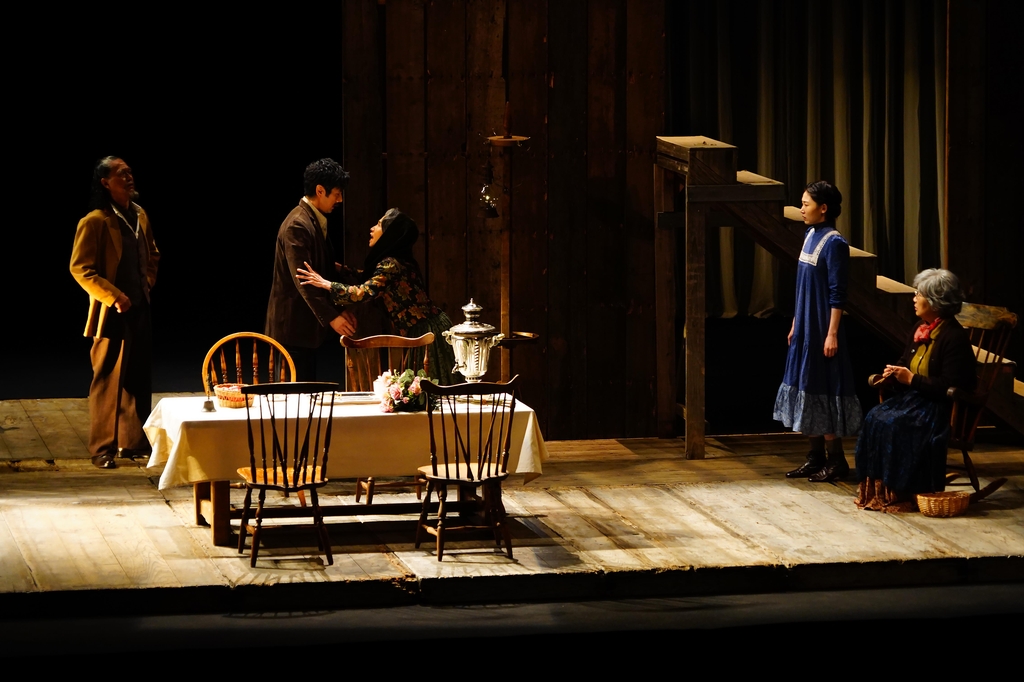