SEOUL, Oct. 8 (Yonhap) -- A Seoul court on Friday conditionally approved two demonstrations planned for this weekend, suspending the Seoul city government's ban on the events amid concerns over the new coronavirus.

The Seoul Administrative Court allowed Lee Dong-wook, a doctor and a vocal critic of the government's antivirus measures, to hold rallies in Seoul on the condition they involve less than 50 people and be held at designated time and locations from Saturday to Monday.

Lee, who served as the chief of the Gyeonggi Province Medical Association, filed an administrative lawsuit and injunction after the city government banned him from holding the rallies against the government's coronavirus policy.

"A complete ban on outdoor rallies in Seoul, regardless of their time, scale and method, is an excessive restriction despite the necessity to prevent the spread of COVID-19," the court said.

Giving the green light, the court ordered the organizer to abide by strict social distancing rules, including temperature checks and mask wearing.

The decision comes as South Korea is grappling with the fourth wave of the pandemic, with the daily new cases remaining in the 2,000s for a third straight day Friday.

Health authorities have been warning of another spike in new infections during the upcoming extended weekend that begins with Hangeul Day, which celebrates the proclamation of the Korean alphabet, and ends Monday. 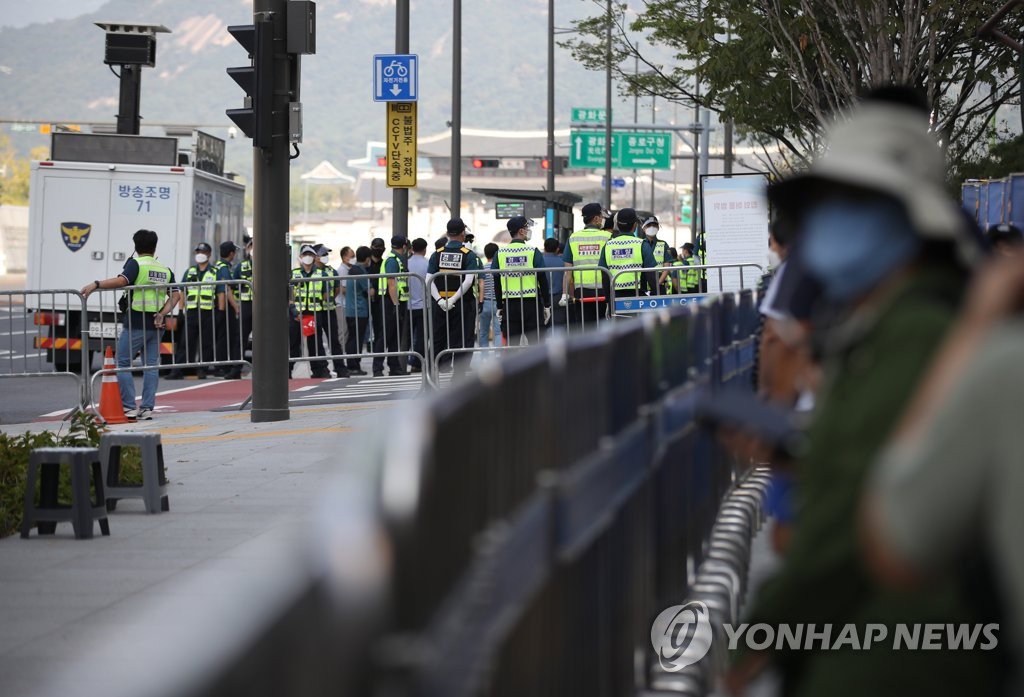