WASHINGTON, Oct. 8 (Yonhap) -- The state of Maryland will open a new "Koreatown" this week with a new structure designed to symbolize the unity of the Korean-American community in the state, as well as its unity with other communities there, organizers said Friday.

An opening ceremony will be held Saturday with State Gov. Larry Hogan and his Korean-American wife, Yumi, expected to take part, along with South Korean Ambassador to the United States, Lee Soo-hyuck.

Yumi is the honorary chair of a committee that has been working to open a Koreatown in Maryland, according to her aides.

The new Koreatown is set in Ellicott City, Howard County, that is home to many people of Korean descent as well as many Korean businesses.

"Maryland's Koreatown will not only represent the development of the Korean-American community and become a legacy for the next generation, but will also expand Maryland's diversity while promoting the firm resolve of the Korean community to work for the prosperity of all by working closely with other communities," the organizing committee said in a press release.

A traditional Korean structure that has been built to represent the new Koreatown will be designated at the opening ceremony.

Yumi was awarded the Dongbaek Medal in 2020 for her efforts to help improve the relationship between the United States and South Korea. The Dongbeak Medal is the third highest Order of Civilian Merit medal awarded by the South Korean government to civilians. 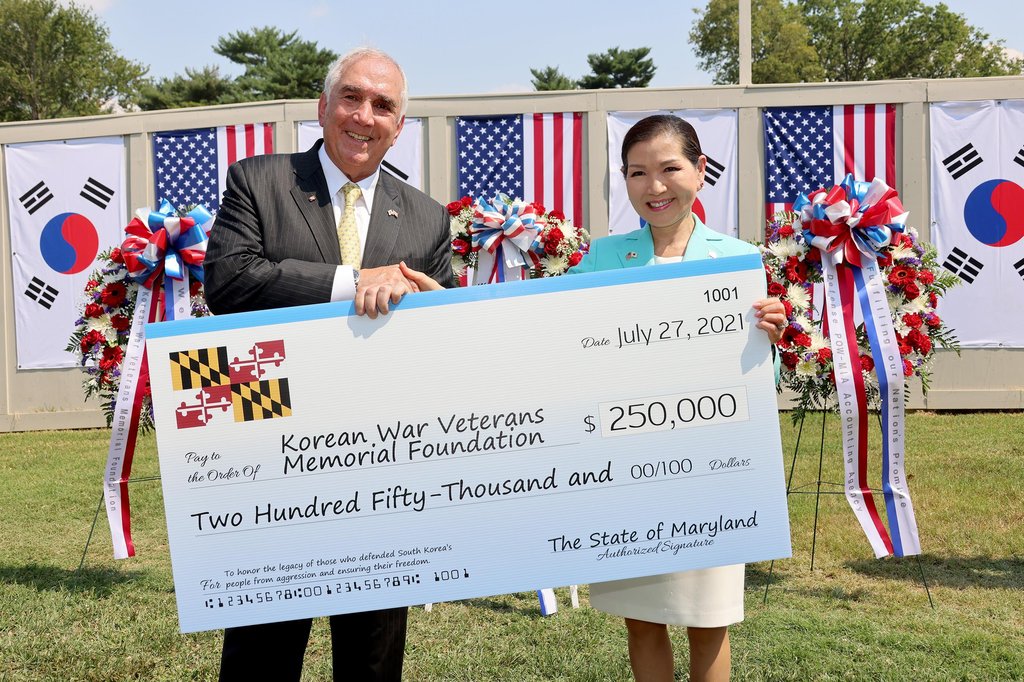