SEOUL, Oct. 9 (Yonhap) -- The number of fully vaccinated people in South Korea has surpassed 30 million, data showed Saturday, as the country speeds up inoculations and seeks to gradually roll out the "living with COVID-19" scheme.

Around 30.3 million people, or 59.1 percent of the total population, have been fully inoculated since the country launched its vaccination program in February, according to the Korea Disease Control and Prevention Agency (KDCA). 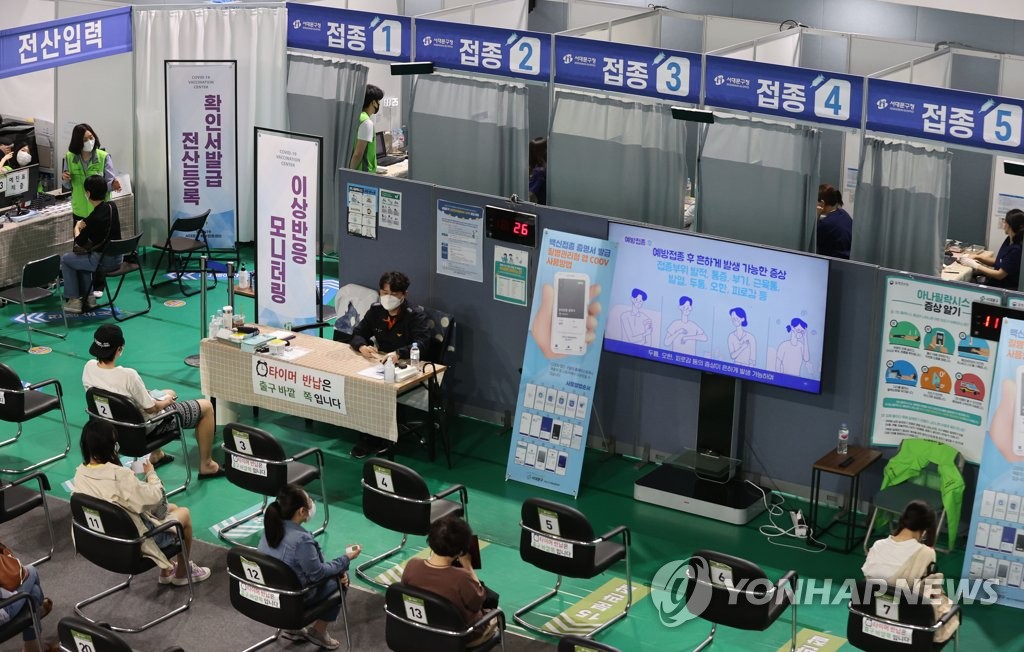 The percentage of fully vaccinated South Koreans aged 18 and above was estimated at 68.7 percent, the data also showed.

Those who have received the first shot of two-part vaccines also came to 39.9 million, taking up 77.7 percent of the total population.

South Korea currently plans to complete vaccinating 70 percent of the population by the end of this month and gradually roll out what it calls the "living with COVID-19" scheme in early November.