Choi blasted a solo home run off reliever Tanner Houck in the bottom of the sixth inning of Game 2 of the American League Division Series (ALDS) at Tropicana Field in St. Petersburg, Florida, on Friday (local time).

Choi's homer cut the Rays' deficit to 8-6, but they lost the game 14-6. The best-of-five series is now knotted at one game apiece. 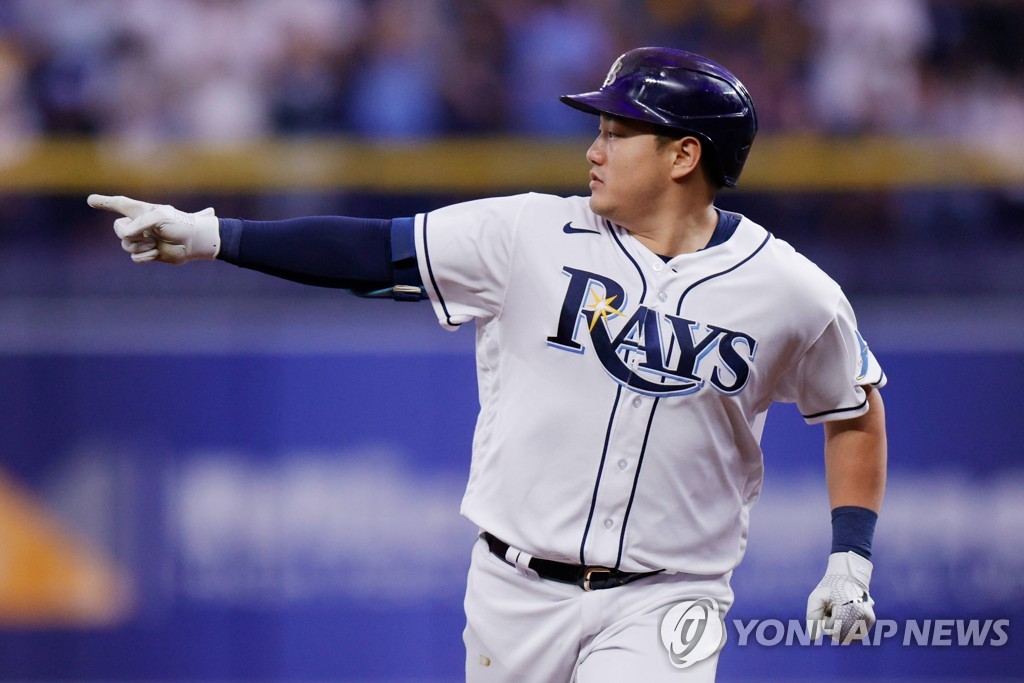 This was Choi's first game of this postseason. He was benched in Tampa Bay's 5-0 victory in Game 1 on Thursday.

Choi, who bats left-handed, began Game 2 on the bench as the Red Sox had left-handed starter Chris Sale on the hill. Right-handed batting Jordan Luplow got the start at first base for the second straight game and blasted a grand slam in the first inning to give the Rays a 5-2 lead. 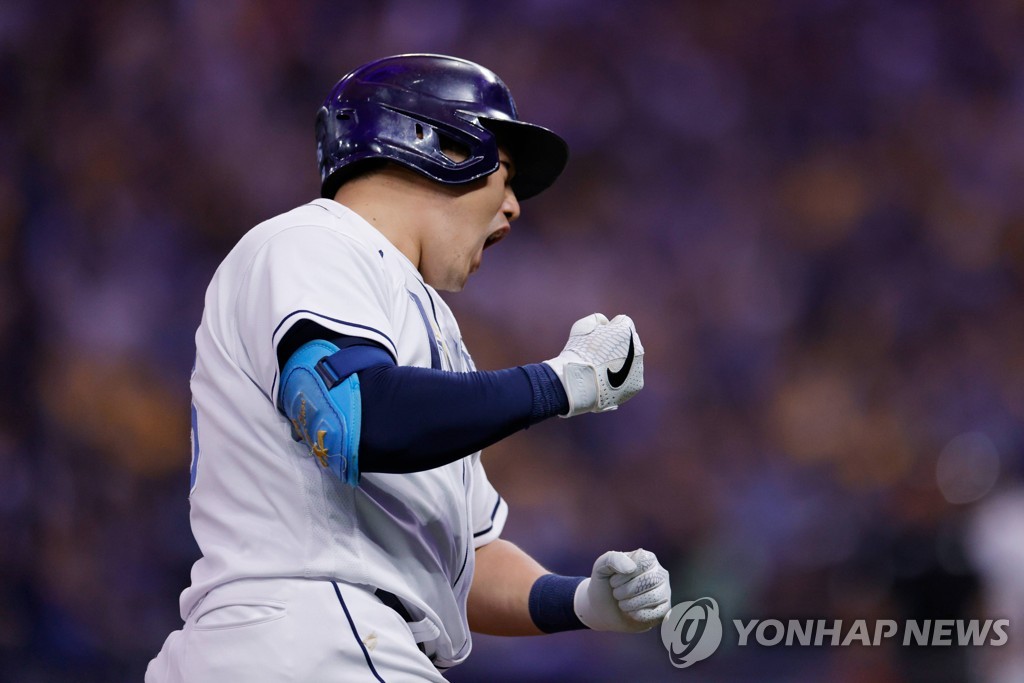 Choi then entered the game in the top of the fourth inning as a defensive replacement for Luplow, with the Red Sox having closed the gap to 5-4.

Choi led off the bottom of the fourth against right-handed reliever Tanner Houck and grounded out to shortstop Xander Bogaerts, who had shifted to the right side of the second base bag. 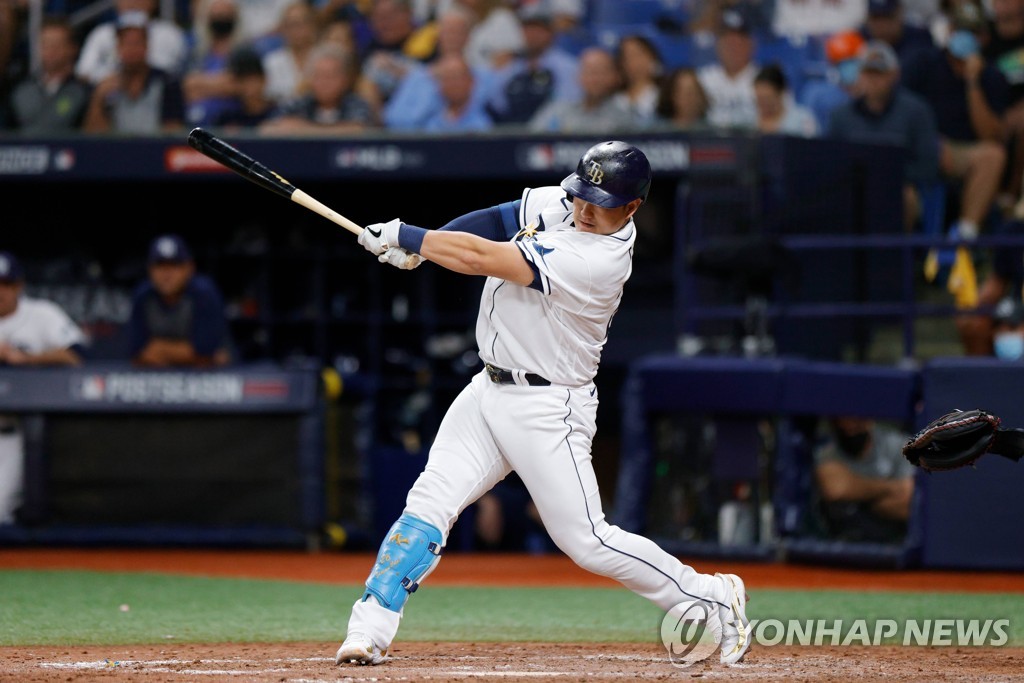 Boston put up a four-spot in the fifth to take an 8-5 lead. And Choi next came to the plate with two outs in the sixth and with Houck still on the mound.

After fouling off the first-pitch fastball, Choi drove the next pitch, another fastball, to left-center field for the solo shot.

Choi and the rest of the Rays held their breath as umpires reviewed the play for a possible fan interference. A man with a glove caught the ball on the fly and his arm appeared to reach over the yellow line above the outfield wall on the follow through, and the original home run call on the field was upheld. 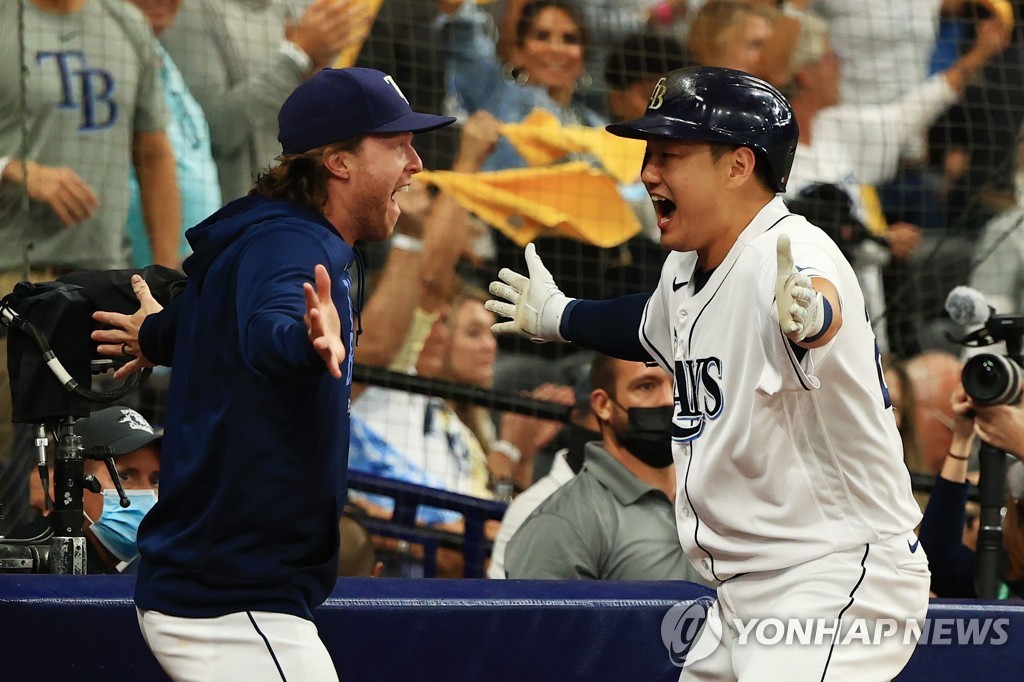 The Red Sox, though, added a run in the seventh, two more in the eighth and three runs in the ninth in a slugfest. After hitting nine singles in Game 1, the Red Sox erupted for 20 hits, including five home runs and four doubles in Game 2.

Choi led off the ninth against reliever Matt Barnes and singled to right field. The Rays loaded the bases that inning but failed to score. 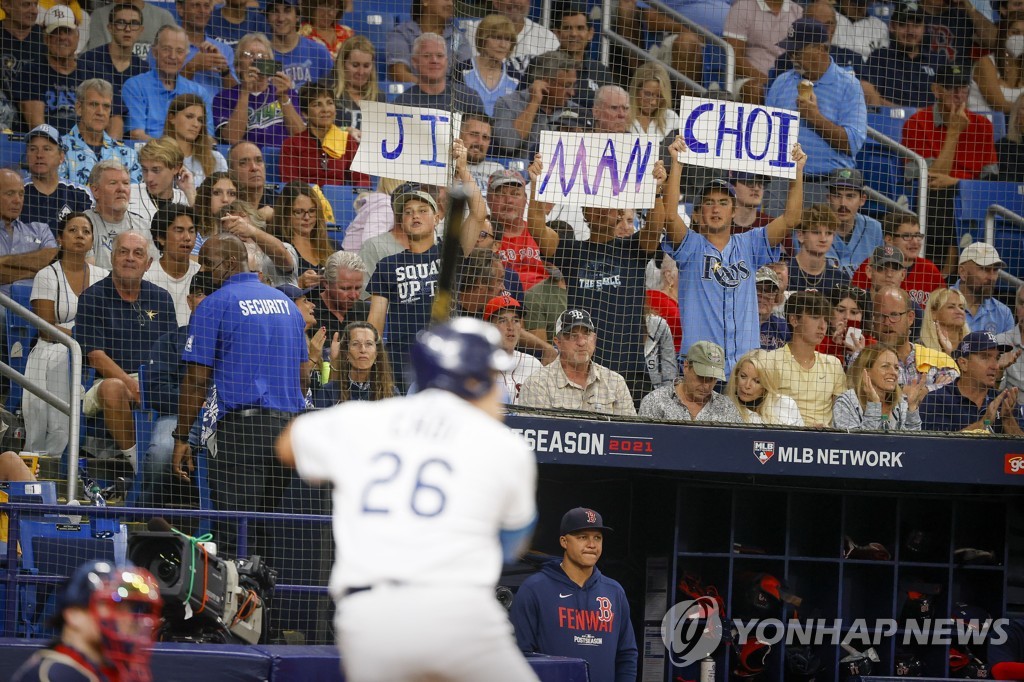