The Gyeonggi Nambu Police Agency made the request as it tries to track down attorney Nam Wook, who left for the United States months before the scandal broke last month.

Nam allegedly played a key role in the massive residential construction project in Seongnam, south of Seoul, from which he reportedly earned about 100.7 billion won (US$84.16 million) on an investment of 87.21 million won.

The public-private project was launched in the mid-2010s, when Lee was mayor of the city. Lee is now governor of Gyeonggi Province, which includes Seongnam, and the front-runner in the ruling Democratic Party's primary to pick its candidate for next year's presidential election. 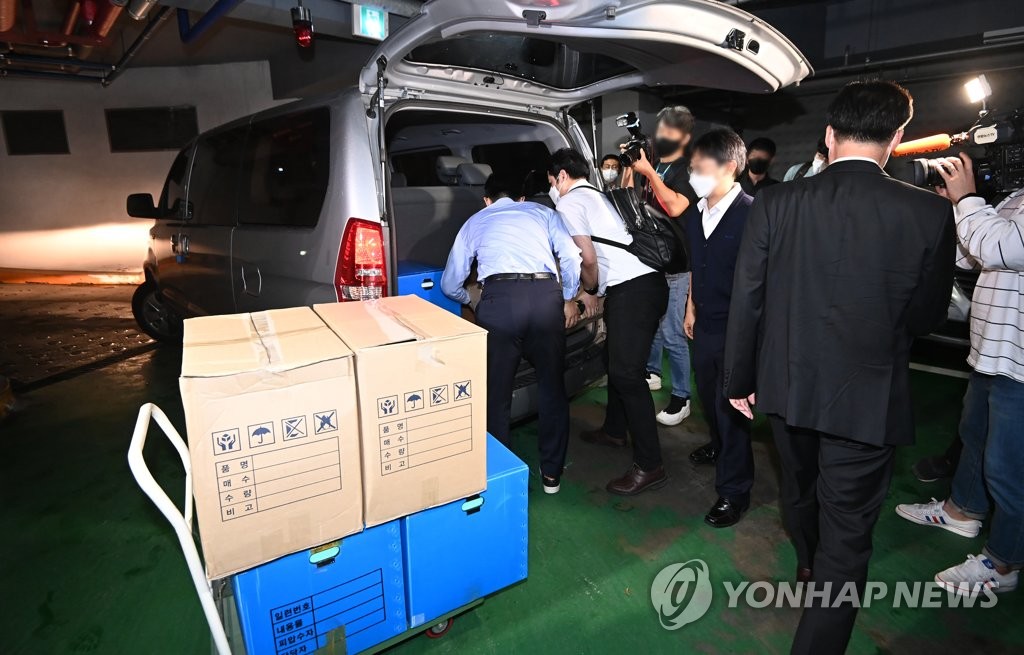 The Seoul Central District Prosecutors Office has also requested the foreign ministry to invalidate Nam's passport, sources said Friday. The ministry is expected to make a decision early next week.

The prosecution has summoned another key driver of the project, former journalist Kim Man-bae, to face questioning Monday.

Kim is the largest shareholder of Hwacheon Daeyu Asset Management involved in the development, from which the company and its seven affiliates reaped profits of more than 1,000 times their investments. He is suspected of bribing influential figures in return for business favors.

Yoo Dong-gyu, former de facto chief of the city government-owned Seongnam Development Corp., which holds a majority stake in the project, was arrested last week on charges of bribery and breach of trust for allegedly receiving 1.1 billion won in kickbacks.

He is suspected of involvement in designing the profit distribution arrangements in a way favorable to Hwacheon Daeyu.

On Friday, the Gyeonggi police agency questioned a lawmaker's son, who worked for the asset management company and received a disproportionally huge severance pay. Police suspect the payment was actually a bribe given to the legislator, Kwak Sang-do, who offered to resign last Saturday amid the controversy.
(END)