"Imagery shows water being discharged from Aug. 25 to at least Sept. 9; no water was observed on Oct. 1, but it was detected again the next day," 38 North said in its latest article.

The website also stressed although there were no other indicators, such as the emission of steam from the facilities, "intermittent discharge is not uncommon when the reactor is operating."

Earlier this week, 38 North also said satellite images suggested Pyongyang has been carrying out construction activities at the venue.

The suspicion comes in line with the International Atomic Energy Agency's report released in August, which suggested Pyongyang appears to have reactivated its 5-megawatt nuclear reactor at the complex, also judging by possible activities indicative of a discharge of cooling water.

The North previously reprocessed spent fuel rods from the reactor to harvest plutonium for nuclear bombs.

Earlier this month, the North reopened its direct communication lines with the South, raising hopes for the resumption of stalled inter-Korean dialogue amid a drawn-out deadlock in denuclearization talks. 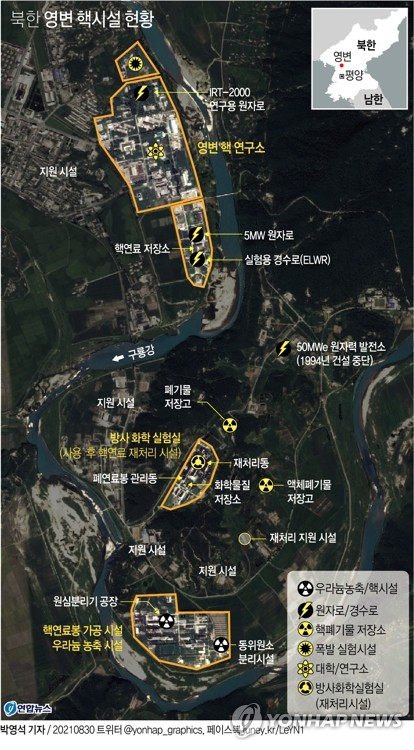