SEOUL, Oct. 10 (Yonhap) -- North Korea appears to be marking the 76th founding anniversary of its ruling Workers' Party on Sunday without a military parade or any other provocative show of force.

State media carried several articles stressing the ruling party and leader Kim Jong un's devotion to the country, but no major celebrations or party meetings were reported as of early Sunday morning.

The Rodong Sinmun, the organ of the North's ruling party, rallied support for Kim and highlighted his efforts in helping people recover from economic challenges, such as recent flooding and the border closure due to COVID-19.

No signs of the North preparing for a military parade were detected, according to military sources.

Pyongyang may be skipping the military parade as this year's anniversary does not fall on a fifth or 10th anniversary and as it staged a scaled-down parade last month to mark the country's founding anniversary.

The North tends to mark every fifth and 10th anniversary with larger events, such as military provocations, including missile launches and parades of troops, newly developed strategic weapons and other military hardware.

At the 75th founding anniversary last year, leader Kim vowed to continue to strengthen its self-defense "war deterrent," and showed off a new intercontinental ballistic missile (ICBM) and other weapons during a massive military parade. 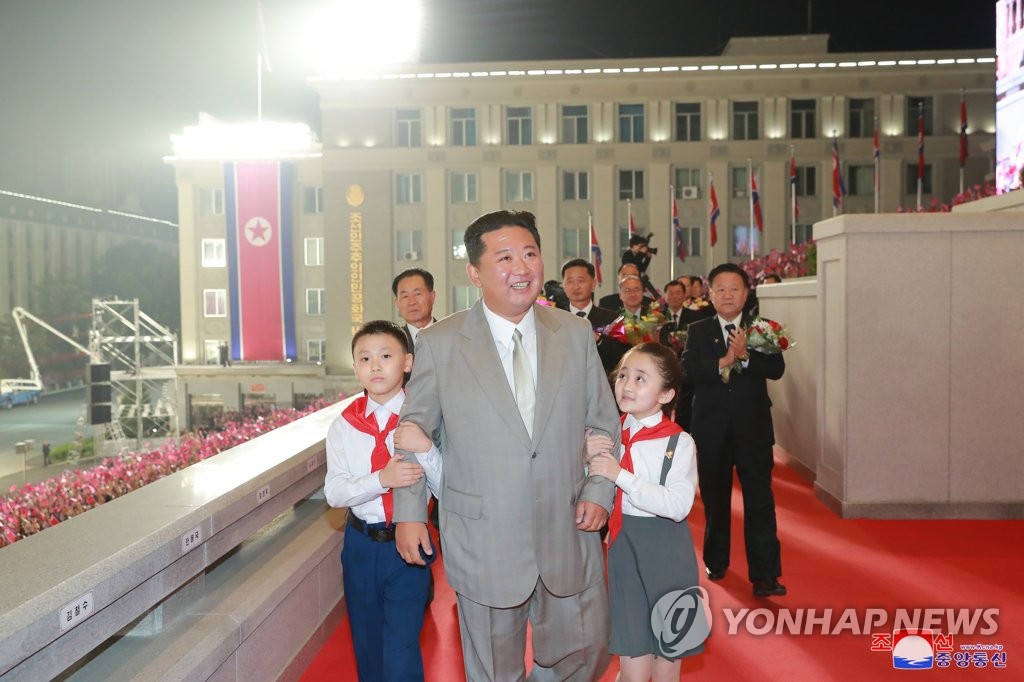