SEOUL, Oct. 10 (Yonhap) -- South Korea said Sunday it will set up a committee this week for a strategy on the "New Normal" of "living with COVID-19," with the vaccination campaign picking up speed.

The government plans to hold the inaugural meeting of the committee later this week, presided over by Prime Minister Kim Boo-kyum, according to health authorities.

Based on the discussions, the government plans to come up with a road map to get people's virus-hit lives back to normal on a gradual basis.

The government has considered a gradual shift to a phase of living with COVID-19 starting Nov. 9, under which the virus will be treated as an infectious respiratory disease, like seasonal influenza, with social distancing regulations eased.

The government stated earlier that 70 percent of the country's 51 million population needs to be fully vaccinated to return to normal life.

As of Sunday, 39.92 million people, or 77.7 percent of the population, have received at least the first shot of COVID-19 vaccines. The number of fully vaccinated people stood at 30.43 million, or 59.3 percent. The country began its inoculation campaign in February. 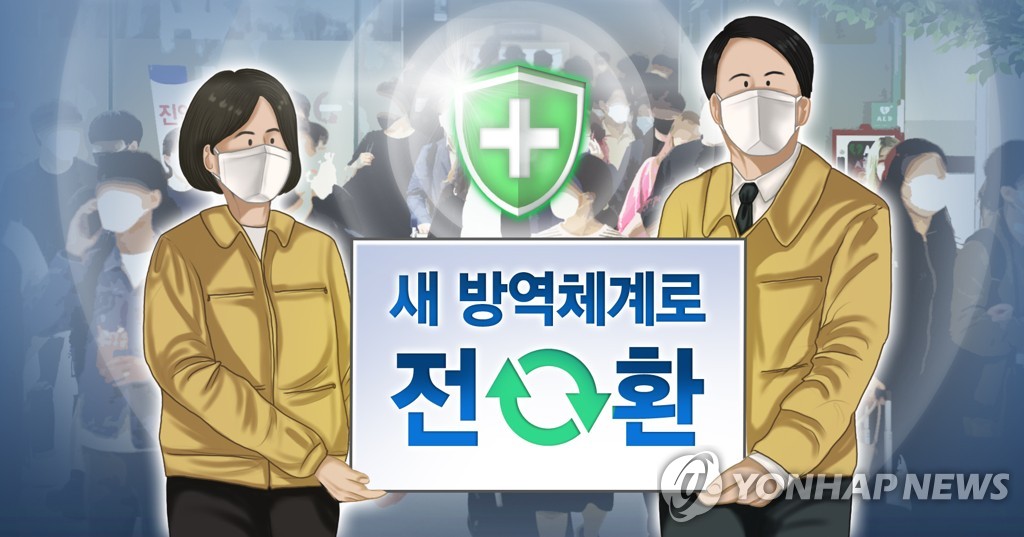 S. Korea to form gov't-private panel for move toward 'living with COVID-19'

S. Korea to form gov't-private panel for move toward 'living with COVID-19'