Lee Jae-myung garnered 50.29 percent of votes cast during the 11-round primary since early September, while Lee Nak-yon finished runner-up with 39.14 percent of support. 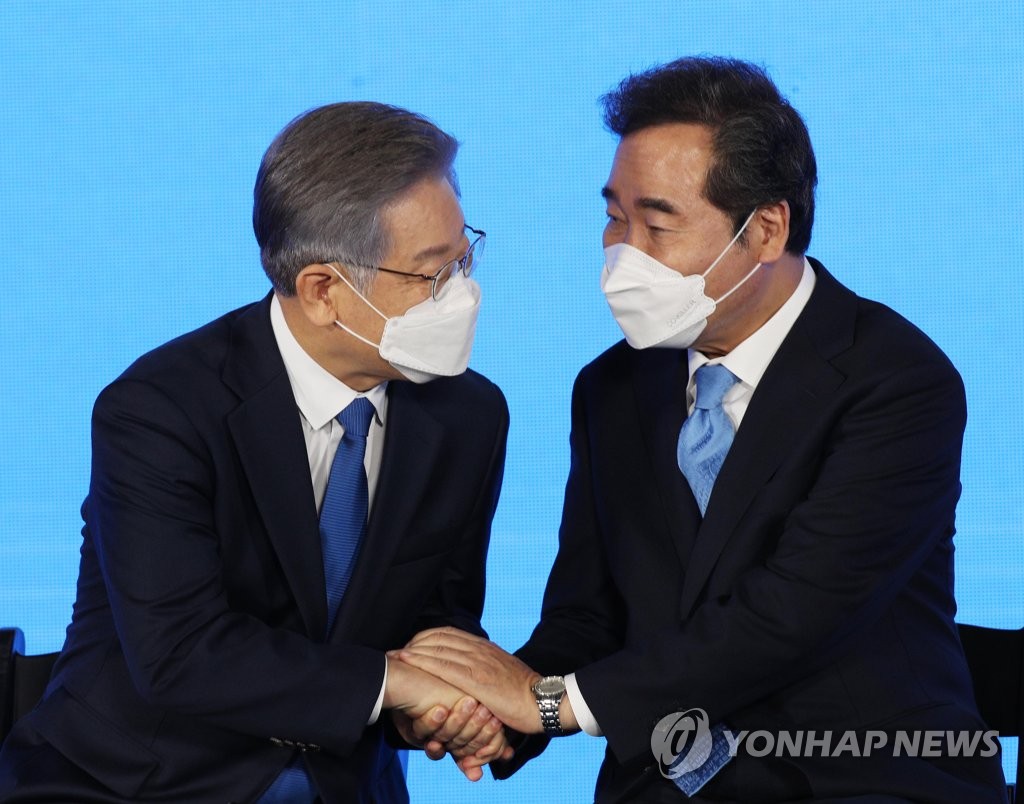 The governor barely got the majority of the votes necessary to avoid a runoff. However, Lee Nak-yon's camp argued votes cast for two candidates who pulled out midway through the primary, Chung Se-kyun and Kim Doo-gwan, should have counted toward the total votes.

If those had counted, then the governor's percentage would have dropped to 48.38 percent, or 719,905 votes out of about 1.48 million. That would have set up a runoff and given Lee Nak-yon a second chance.

The Democratic Party's election commission has maintained it only followed a party rule stipulating votes thrown for candidates who stepped down from the primary be wiped out from the final tally.

On his rival's appeal, Lee Jae-myung said he believed the party's election commission and leadership would "make a reasonable interpretation of the party's rules and proceed accordingly."

"I'll wait for the party's decision," the governor added.
(END)