SEOUL, Oct. 11 (Yonhap) -- In winning her third LPGA tournament of 2021 on the weekend, South Korean star Ko Jin-young tied one of many scoring records held by Annika Sorenstam, one of the all-time greats in women's golf.

Ko shot a five-under 66 in the final round of the Cognizant Founders Cup at Mountain Ridge Country Club in West Caldwell, New Jersey, on Sunday (local time), winning the tournament by four strokes at 18-under. This was Ko's 14th consecutive round in the 60s, which tied the record set by Sorenstam in 2005. 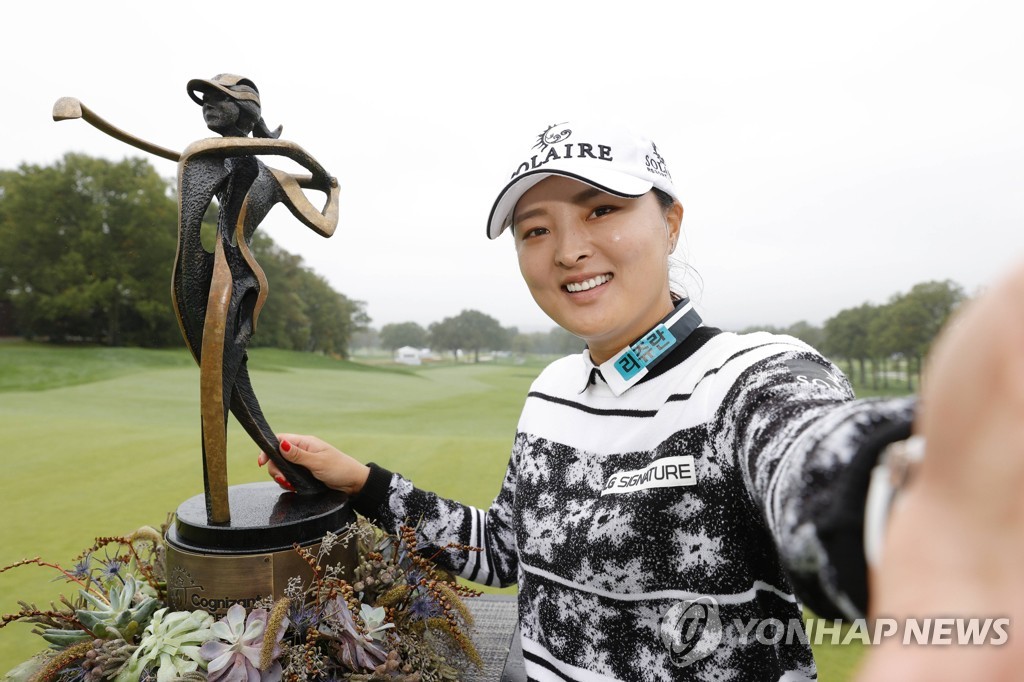 Ko, world No. 2, has now set her sights on breaking the record and continuing to follow in Sorenstam's footsteps.

"She inspires me a lot and she has a lot of records," Ko said in her press conference. "I want to (keep) following her. Too much gap between her and me."

No kidding. Sorenstam retired in 2008 having won 72 LPGA tournaments, including 10 majors. The Swede won a record eight Player of the Year awards and six scoring titles. She is the only woman to have shot a 59 in competition.

Ko is in her fourth LPGA season and has won 10 times, including two majors. She was the Player of the Year in 2019, the same season when she also won the scoring title and the Rolex Annika Major Award, given to the player with the best overall performance at five majors each season.

After winning two majors in 2019, Ko got to meet Sorenstam for the first time in the awards ceremony that fall. 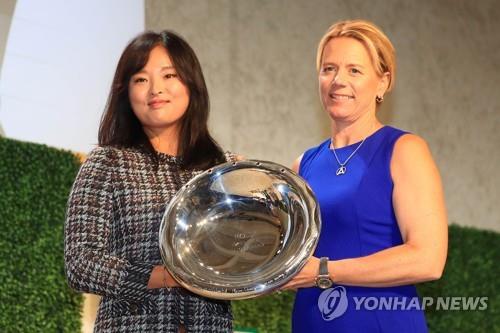 "She gave me the trophy and said, 'You're amazing,'" Ko recalled their conversation. "I said, 'Me? I just tried my best.'"

Ko will take aim at Sorenstam's record next week, when the tour makes its lone annual stop in Ko's native South Korea with the BMW Ladies Championship in Busan, 450 kilometers southeast of Seoul.

Though Ko said she would try to beat Sorenstam's mark, she doesn't always have records on her mind when she's playing.

"I just focus on myself, and I'm just trying to have fun on the course with my caddie and the other players," the 26-year-old added. 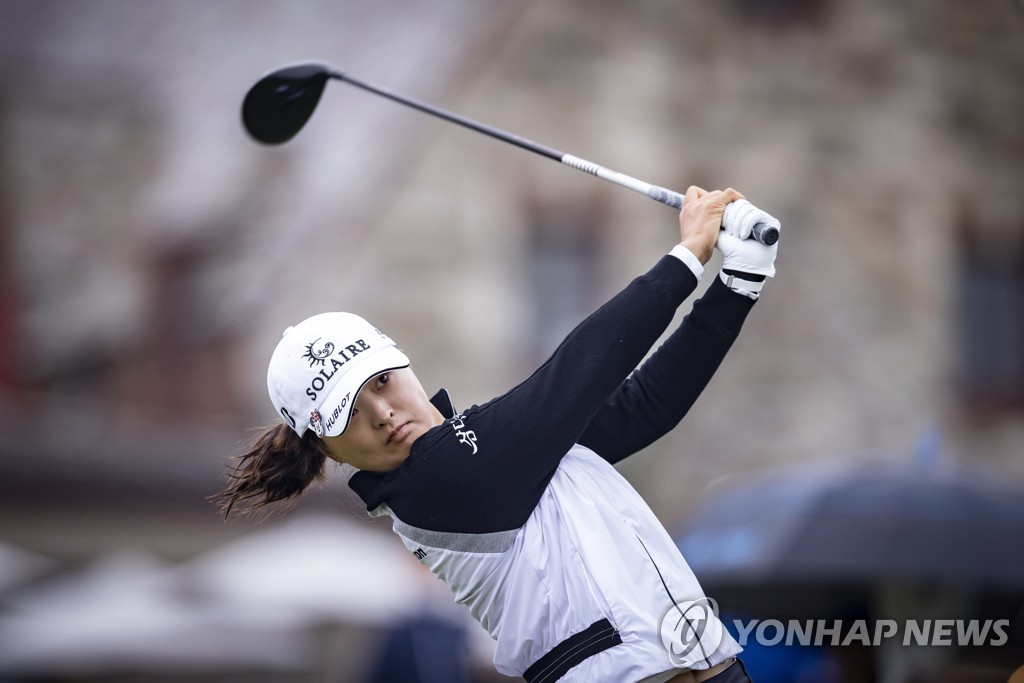 Ko went wire-to-wire for this victory, the 10th of her career. Between trying to reach double figures and match Sorenstam's streak and close out the win, Ko admitted she felt "a lot of pressure" on the course.

"I didn't look at the scoreboard the whole day," she said "I tried to be calm and patient."

Ko's new putter did its part in settling her down. She made 27 putts in the final round, after needing 31 in each of the past two rounds.

Ko said she changed her putter about five weeks ago in South Korea, and she's not going back to the old one.

"I've used this putter four weeks in a row, and I got two wins and two top-10s with it," she said with a smile. "I think I love this putter." 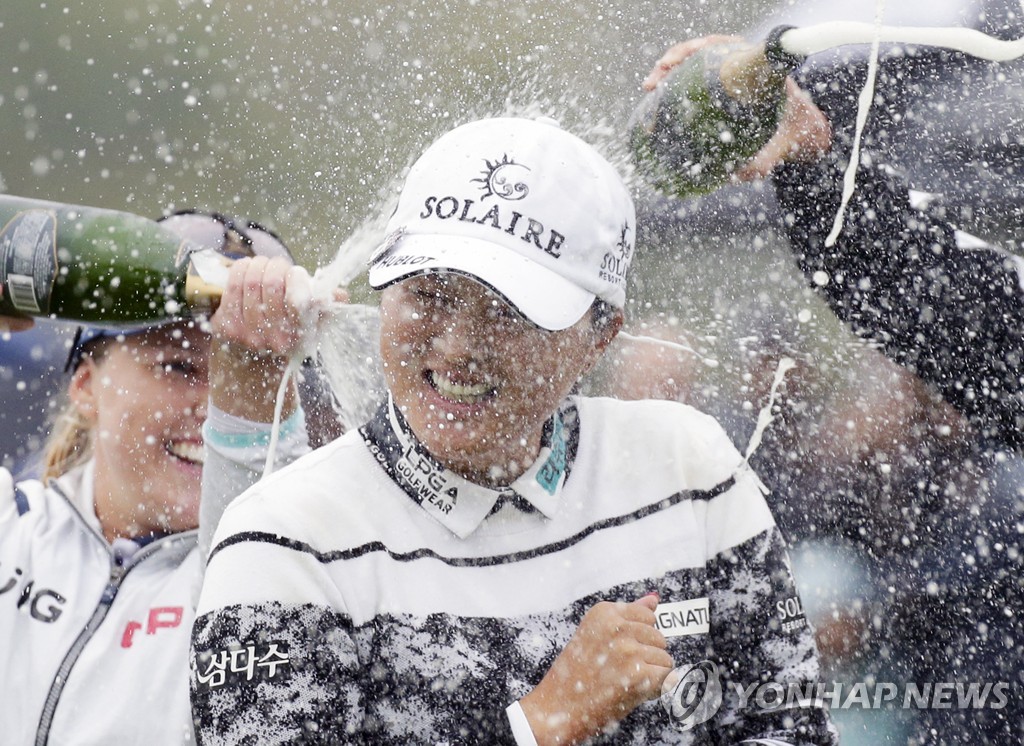