SEOUL, Oct. 11 (Yonhap) -- Five more draftees at an Army boot camp just south of the inter-Korean border have tested positive for the new coronavirus after cluster infections were reported at their base, the defense ministry said Monday.

The new cases raised the number of infections reported at the boot camp in the border county of Yeoncheon to 39.

Four soldiers in the southeastern city of Busan and one in the eastern coastal town of Yangyang were also confirmed to have contracted COVID-19 after virus cases were reported at their respective bases, according to the ministry.

The latest cases raised the total number of infections reported among the military population to 1,925. 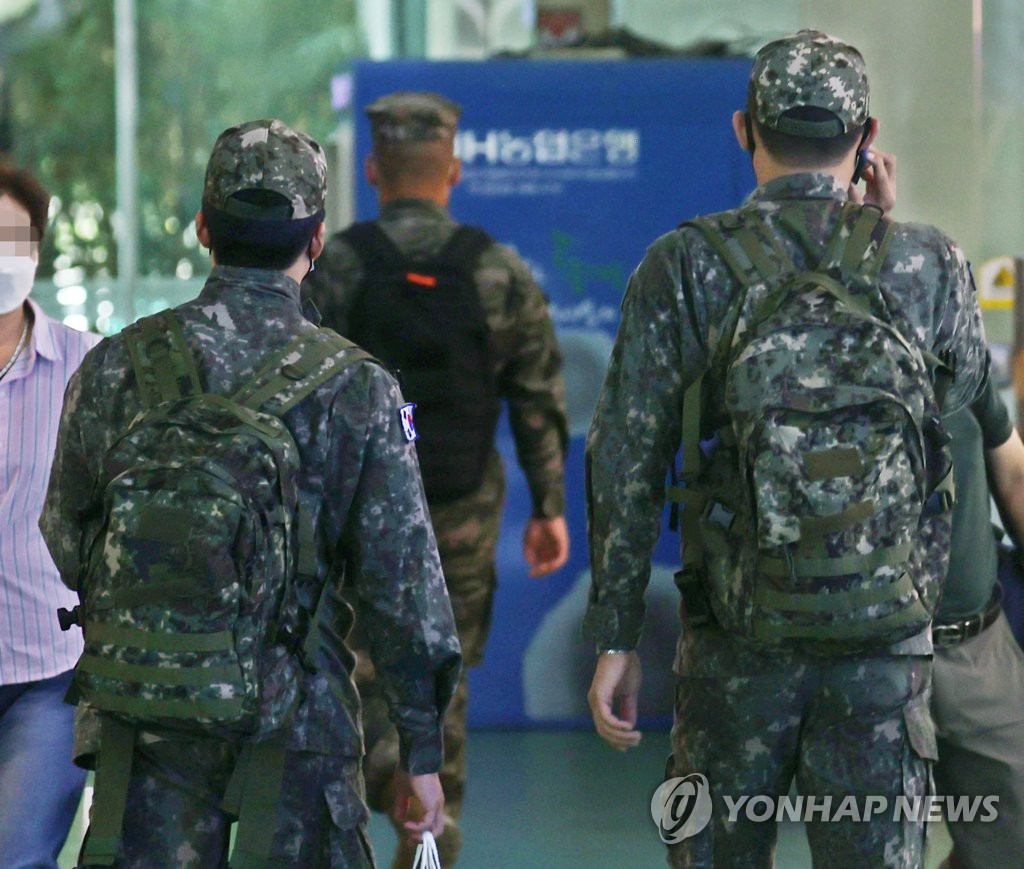