SEOUL, Oct. 12 (Yonhap) -- North Korean leader Kim Jong-un has called for boosting the country's military capabilities to counter what he called "hostile forces" against Pyongyang but said the move is not aimed at a war against South Korea or the United States.

Kim made the remarks Monday in a speech at a defense development exhibition to mark the 76th founding anniversary of the ruling Workers' Party, criticizing Seoul and Washington over their combined military exercises and weapons development.

"Recently, the United States has frequently sent signals that it is not hostile to our state, but its behaviors provide us with no reason why we should believe in them," Kim said, according to the North's official Korean Central News Agency. "We must be powerful also for our coming generations. This is our first and foremost task."

The remarks came less than two weeks after North Korea tested a new anti-aircraft missile in its fourth missile launch in September alone.

At the rare expo, North Korea showcased its new weapons, including the recently developed "hypersonic" missile, and the Hwasong-16 intercontinental ballistic missile (ICBM).

The defense ministry said the South Korean and U.S. intelligence authorities are analyzing the weapons unveiled at the expo. 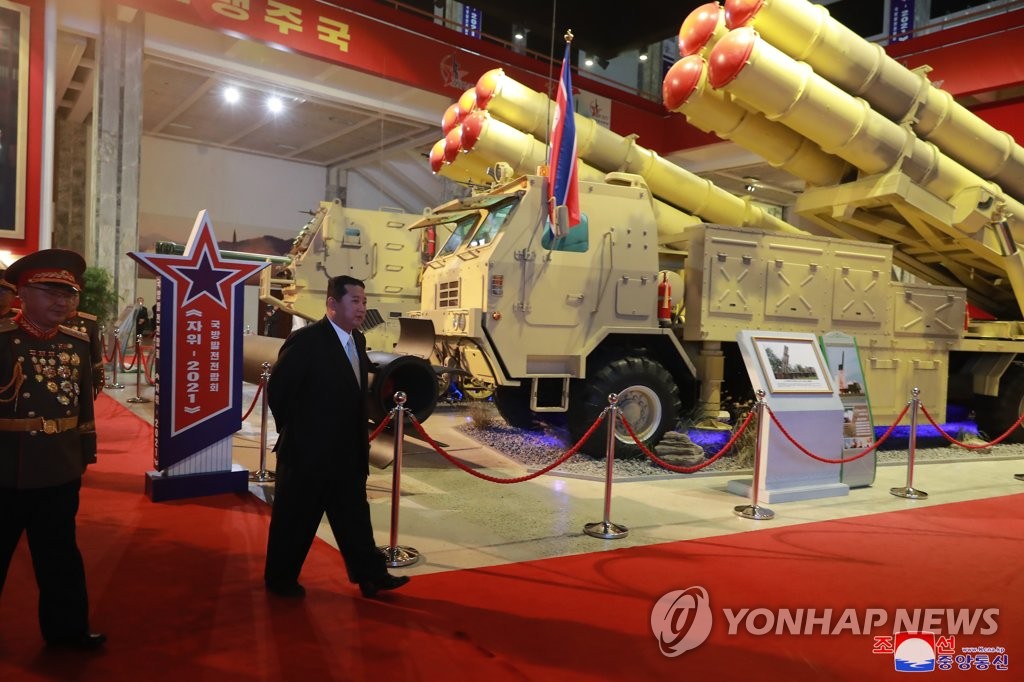 "The military danger facing our state due to the military tension prevailing around the Korean peninsula is different from that 10 or five, nay, three years ago," Kim said, blaming the U.S. for "the instable situation in the region."

He accused Seoul of being "hypocritical" and having a "double-dealing attitude" for continuing to boost military capabilities, while talking ostensibly of "peace, cooperation and prosperity."

Expressing "deep regret," Kim said the North will respond with "powerful action" if South Korea continues to "infringe upon even our right to self-defense."

Yet, Kim also said the enhancement of its military is not targeting South Korea, adding, "The dreadful history of having recourse to arms against the fellow countrymen must not be repeated on this land."

"Our arch-enemy is the war itself, not South Korea, the United States or any other specific state or forces," Kim said. "However, any of our external efforts for achieving peace never means the abandonment of our right to self-defense."

Following Kim's speech, the unification ministry urged Pyongyang to return to the dialogue table, saying inter-Korean issues cannot be addressed with the standard of a particular side.

"These differences should be resolved through dialogue," a ministry official said. 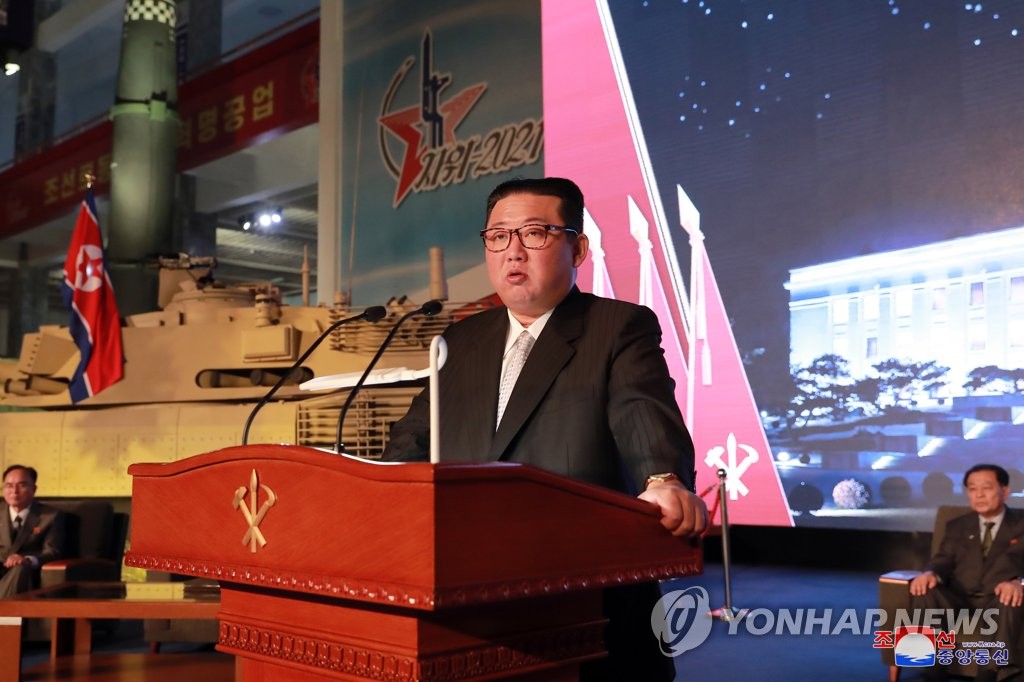