Billboard said Monday (U.S. time) that the song was down 11 notches from the previous week's No. 1 on the Hot 100 chart, which ranks the most popular songs of the week in the United States by blending streaming, airplay and sales data.

"My Universe" was the BTS' sixth debut atop the chart after "Dynamite," "Butter," "Permission to Dance," "Life Goes On" and "Savage Love (Laxed - Siren Beat)." 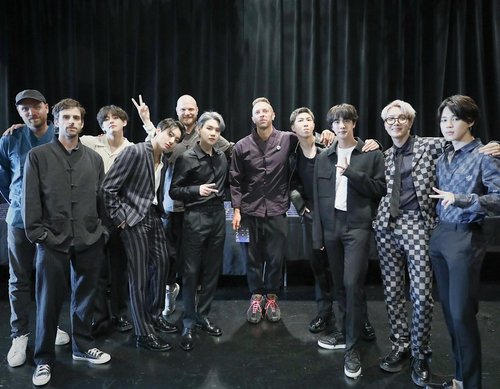 BTS stayed on top of the Billboard's Digital Song Sales chart for the second week with "My Universe." It also is the group's record-breaking 45th week atop the chart.

An uplifting song about love transcending all divides, the track was co-written in Korean and English by the two acts, and produced by hitmaker Max Martin.

The song will be included on Coldplay's ninth album, "Music of the Spheres," to be released Friday.

Girl group TWICE debuted at 83rd on the Billboard Hot 100 with its first English single, "The Feels," in the same week, becoming the fourth K-pop act to make it on the chart after Wonder Girls, BTS and BLACKPINK.

The song also launched at No. 80 on the British Official Singles Chart Top 100 this week. Depicting the feeling of falling in love at first sight, the single features an addictive melody. 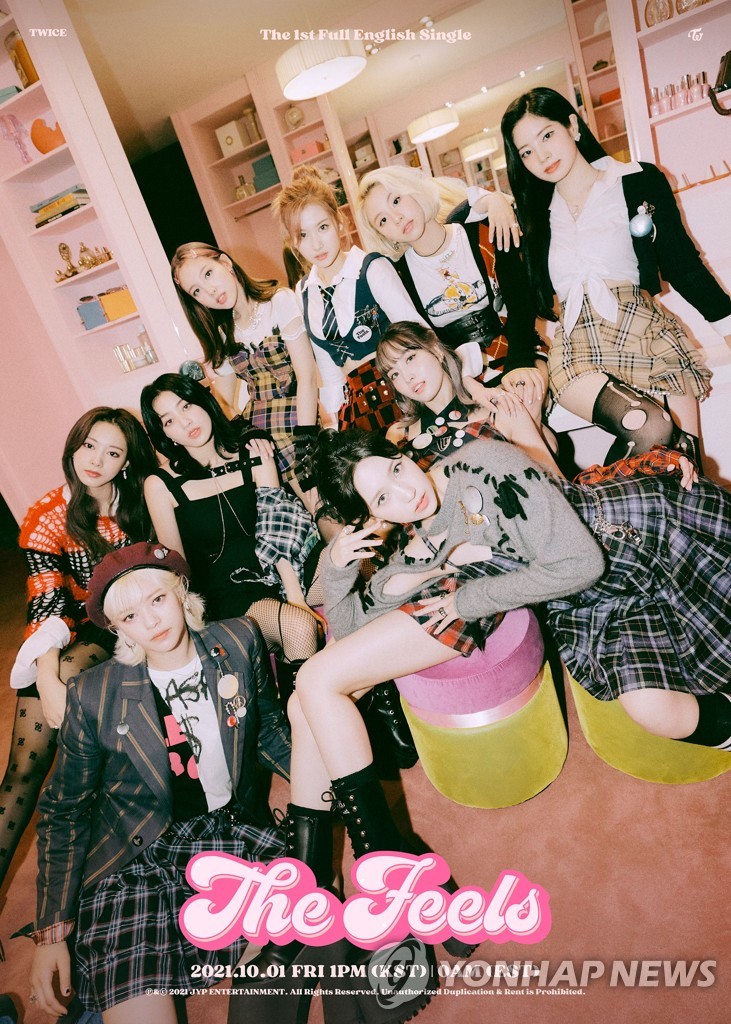 (LEAD) BTS-Coldplay collaboration ranks No. 12 on this week's Billboard Hot 100

(LEAD) BTS-Coldplay collaboration ranks No. 12 on this week's Billboard Hot 100