WASHINGTON, Oct. 11 (Yonhap) -- A top South Korean national security official said Monday that he plans to discuss President Moon Jae-in's recent proposal for the declaration of a formal end to the 1950-53 Korean War and other issues with senior U.S. officials in Washington this week.

Suh Hoon, director of national security at Cheong Wa Dae, made the remarks upon arrival in the U.S., as Seoul strives to bring North Korea back to dialogue and pave the way for the resumption of nuclear talks between the United States and the North, following the recent reactivation of inter-Korean communication lines.

Suh, who serves as the national security adviser to Moon, is expected to meet with his American counterpart Jake Sullivan in Washington on Tuesday.

"As inter-Korean communication channels are back up and running, I believe we are at a time when there is a need to check inter-Korean ties and relations between the North and the U.S., and have overall consultations," Suh said. 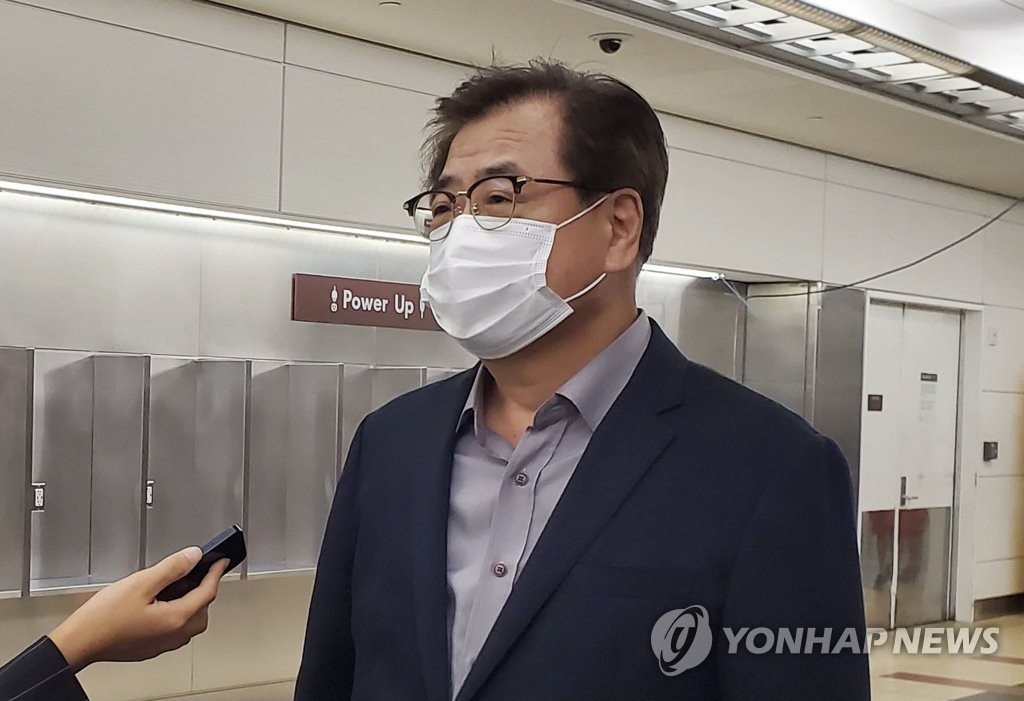 Asked if he anticipates a positive response from the U.S. regarding the proposed end-of-war declaration, Suh said that the issue is among the agenda items.

During the U.N. General Assembly in New York in September, Moon renewed his proposal for the political declaration involving the two Koreas and the U.S. or the two Koreas, the U.S. and China, as he has pushed to advance his stalled agenda for a lasting peace on the Korean Peninsula.

Suh also plans to discuss the issue of sanctions relief with the U.S. side.

"Should nuclear negotiations proceed, the issue of sanctions relief is a matter to be discussed together anyway," Suh said.

South Korea and the U.S. have recently been strengthening their communication to resume engagement with the North through humanitarian and other incentives, with Washington stressing it has no hostile intent and is willing to meet with the North anywhere and anytime without preconditions.