SEOUL, Oct. 12 (Yonhap) -- The chief of the ruling Democratic Party said Tuesday there will be no change in the party's nomination of Gyeonggi Gov. Lee Jae-myung as its presidential candidate, despite an appeal from the runner-up over whether votes cast for dropouts from the primary should be counted.

On Sunday, Gov. Lee Jae-myung was named the DP's standard-bearer for the March presidential election after he won 50.29 percent of the vote in a primary, followed by former Prime Minister Lee Nak-yon with 39.14 percent.

Lee Nak-yon's campaign lodged a formal complaint with the party, arguing that the votes cast in favor of two other candidates before their withdrawal should have counted toward the final vote count. In that case, Lee Jae-myung's votes fall short of a majority and the party would have to hold a runoff. 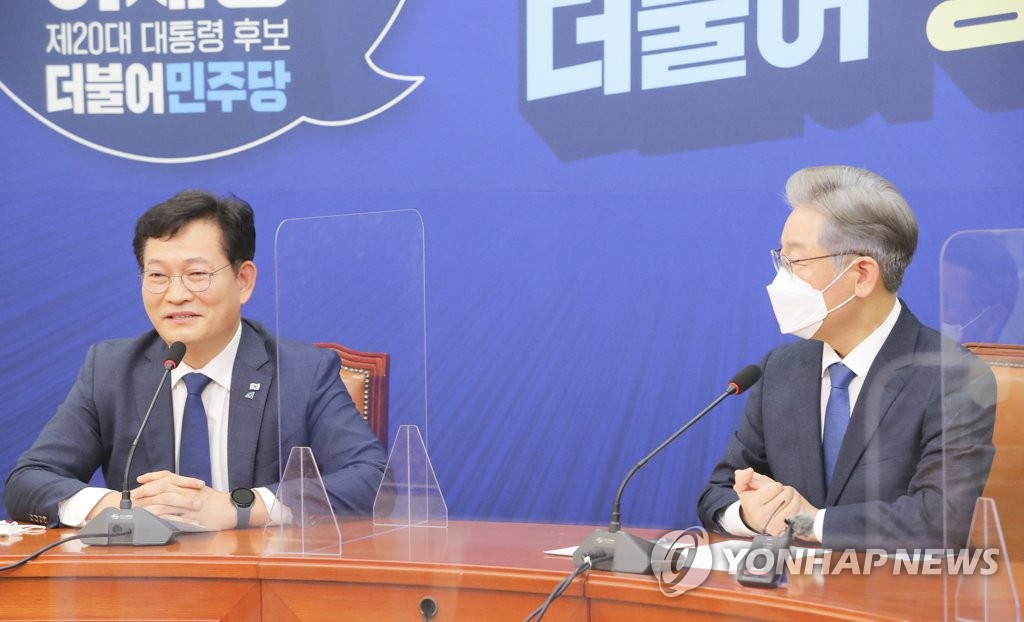 During an interview on the TBS radio station, DP Chairman Rep. Song Young-gil was asked whether there was any room for a reinterpretation of the party's rules on how to handle votes received by candidates who later drop out.

"No," he said. "There is no other way to interpret them than as nullifying ballots that have been cast for candidates who have withdrawn."

"The party's election committee has already made its decision, so there are no legal steps left to discuss. We will have a political discussion at the Supreme Council meeting (tomorrow) and make a decision," he said.

Song said he does not expect the former prime minister to take legal action because if he does, "it will show that the Democratic Party can't even handle this issue on its own."

"Lee Nak-yon is living proof of the Democratic Party, and the first and longest-serving prime minister under President Moon Jae-in, as well as a former party chairman, so he will make a rational decision for the party as a whole," Song said. "He will make a decision and accept the results for the party."