Kim stressed that South Korea does not discriminate against foreigners when it comes to the virus fight and that health authorities are willing to help foreigners get vaccinated.

"Although cases from foreign residents in South Korea have been rising recently, their vaccination rate is relatively low," Kim said during a Central Disaster and Safety Countermeasure Headquarters meeting in Seoul. "The government is doing its best so that foreign residents, including those unregistered, are not left out in our safety measures against the virus." 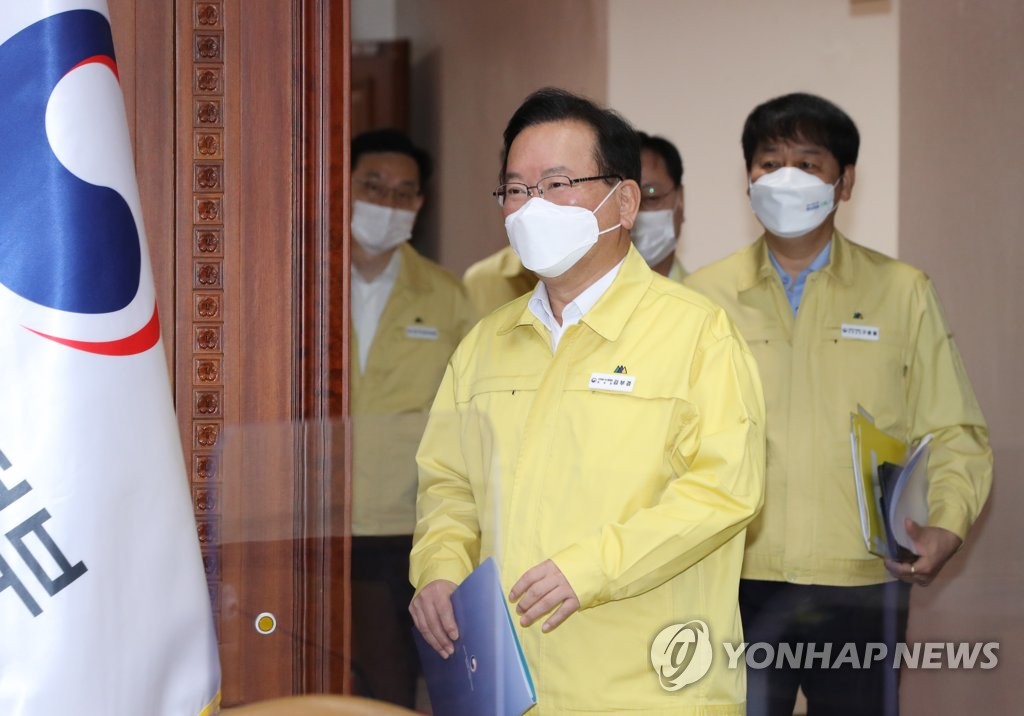 So far, more than 40 million people, or 77.9 percent of the population, have received their first shots of COVID-19 vaccines. The number of fully vaccinated people stood at 30.6 million, or 59.6 percent.

Kim said the authorities will try to push up the pace of vaccination in the next 10 days to achieve a fully vaccinated rate of 70 percent by the end of this month.

The prime minister said this week is critical for the country's virus response, as the population movement increased sharply during holidays in the past two weeks.

"It's like we are walking on thin ice," he said. "If we can stably manage the virus situation this month, then we will be able to see early implementation of a gradual return to normalcy and relieve the pain of small business owners."