SEOUL, Oct. 12 (Yonhap) -- National Assembly Speaker Park Byeong-seug has met with the leaders of Egypt's parliament and requested their support for Seoul's push for an end-of-war declaration with North Korea, his office said Tuesday.

Park, who is on an official visit to Italy and Egypt, met separately with Egypt's President of the Senate Abdel-Wahab Abdel-Razeq and Speaker of the House of Representatives Hanafy Ali El Gebali in Cairo on Monday.

In the meetings, Park explained Seoul's wish to build peace and co-prosperity with Pyongyang and President Moon Jae-in's vision for a declaration formally ending the 1950-53 Korean War, a proposal the president revisited during his U.N. General Assembly speech last month.

Park asked for the Egyptian government's support, noting that the country has long had friendly ties with North Korea. Both Egyptian parliamentary leaders expressed their agreement with resolving conflict through dialogue.

Park also requested Egypt's continued interest and assistance for South Korean companies seeking to do business in the country, including in the defense, construction and nuclear power plant sectors. 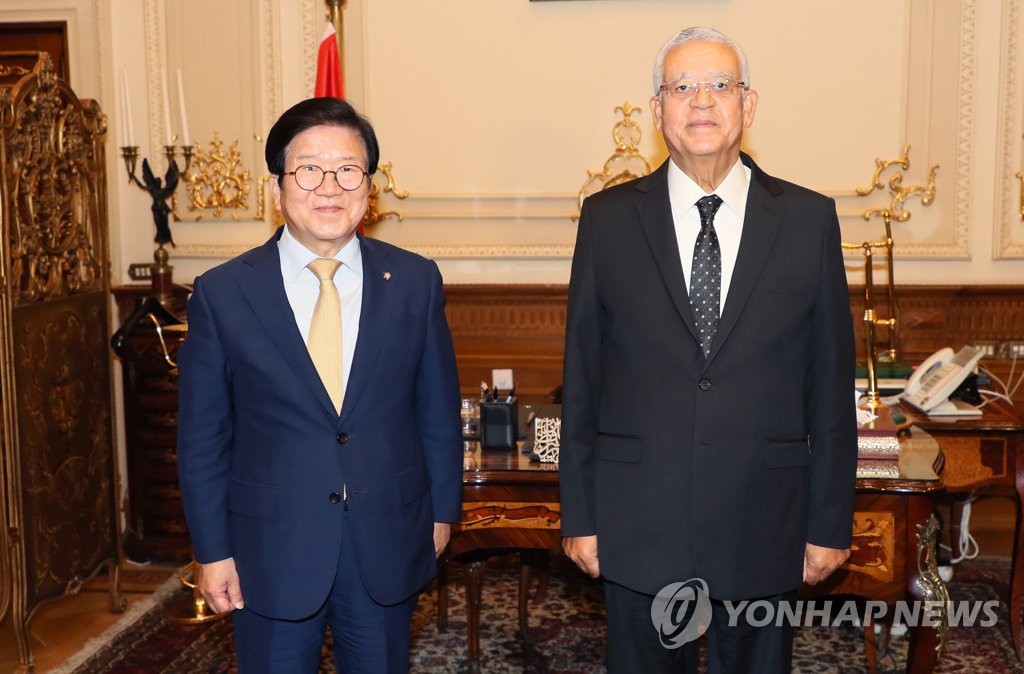