According to the Ministry of Employment and Labor, more than 10 million service sector workers were subscribed to the state insurance plan last month, up 270,000 from September 2020, the first time the service industry achieved the milestone since the country adopted the plan in 1995.

By business type, the medical and social welfare sector posted the biggest on-year increase in new subscribers with 118,000 last month, followed by the publishing and communications sector with 64,000, the education sector with 56,000 and the science technology sector with 51,000.

But the food and lodging industry, hit hardest by COVID-19, lost 12,000 subscriptions.

The public administration sector also lost 83,000 subscriptions due to a high base effect from aggressive job creation projects last year. 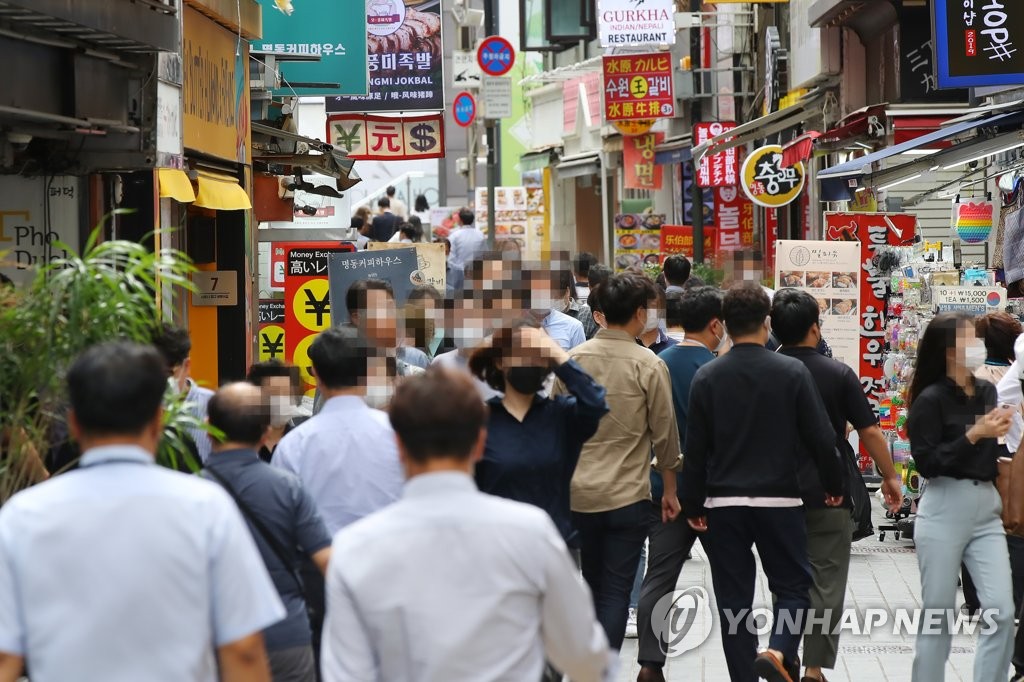 The number of state employment insurance subscribers in the manufacturing sector, meanwhile, was 3.61 million in September, up 89,000 from the same month last year. The sector's upward trend has continued since January, indicating more high-quality jobs have been created.

The electronics and communications industry saw 15,000 new subscribers and the automobile industry 10,000.

The rate of increase was the smallest in six months, but subscriptions rose in all age groups.

It was the first time in two years that the age bracket of those in their 30s saw a jump in subscriptions thanks to new jobs in the medical and welfare sector.

Last month's payment of unemployment benefits was about 975 billion won (US$813 million), dropping below 1 trillion won for the first time in eight months. The number of recipients was 612,000, with new claimants tallied at 79,000.

No. of employment insurance subscribers in service sector surpasses 10 mln for 1st time in 26 yrs

No. of employment insurance subscribers in service sector surpasses 10 mln for 1st time in 26 yrs