SEOUL, Oct. 12 (Yonhap) -- President Moon Jae-in, clad in traditional Korean attire hanbok, presided over a Cabinet meeting on Tuesday, in a move to raise awareness among the public over the traditional outfit.

The move came as the culture ministry designated Oct. 11-17 as the "Week of Autumn Hanbok Culture" to promote the traditional Korean dress, which features large sleeves and wide trousers.

Moon said hanbok has gained international attention due to its unique beauty and styles.

The addition was a result of growing attention about Korean culture, Moon told the meeting. 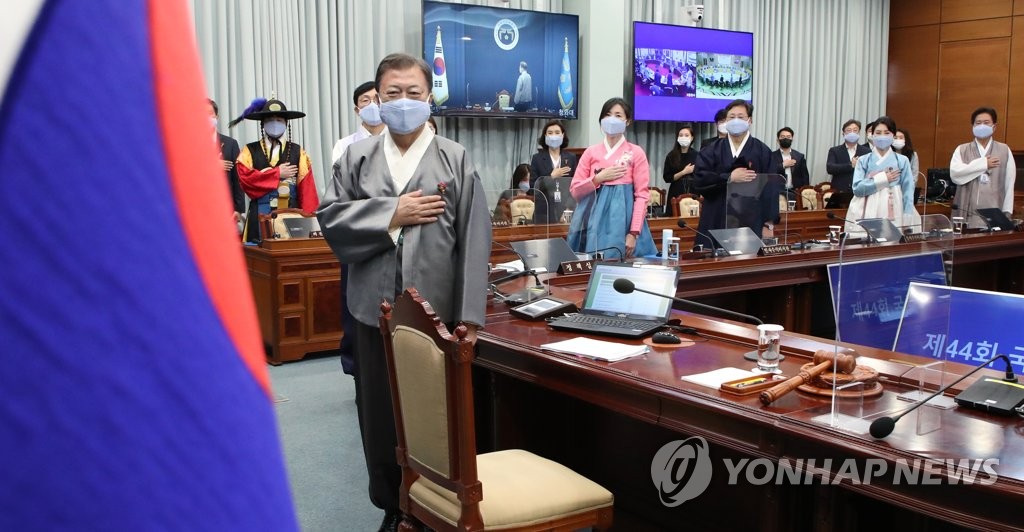