SEOUL, Oct. 12 (Yonhap) -- Tampa Bay Rays' South Korean first baseman Choi Ji-man had two futile trips to the plate off the bench as his 100-win club was sent packing from the postseason.

The Rays lost to the Boston Red Sox 6-5 in Game 4 of the American League Division Series (ALDS) at Fenway Park in Boston on Monday (local time) and dropped the best-of-five series 3-1. The Red Sox got a split on the road to open the series and then won two straight games at home to close out the Rays.

It's a crushing conclusion to a promising season for the Rays, which had the best regular season record in the AL at 100-62 and harbored hopes of returning to the World Series after finishing runners-up to the Los Angeles Dodgers last year. 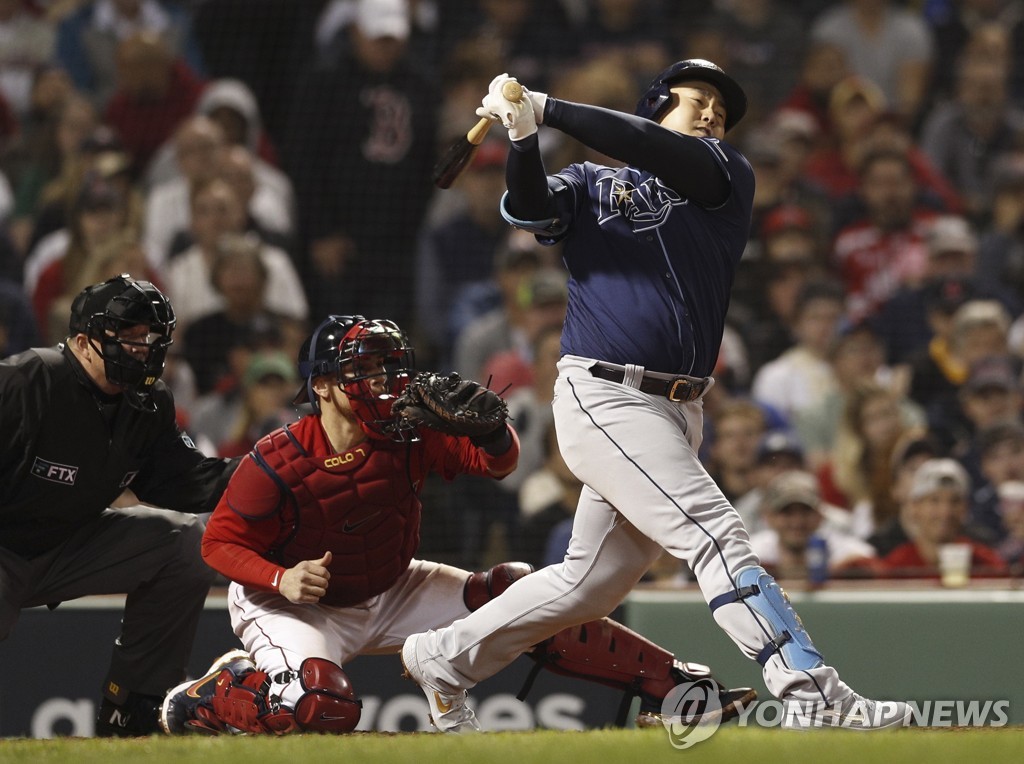 Choi was benched at the start for the third time in four games in the series, with left-hander Eduardo Rodriguez starting for the Red Sox.

Choi came off the bench in the top of the seventh to pinch hit for Jordan Luplow against right-handed reliever Tanner Houck, with the Rays down 5-3. The Red Sox countered by replacing Houck with left-hander Josh Taylor, who struck out Choi on three pitches.

Choi stayed in the game to play first base. Choi led off the ninth, after the Rays had pulled into a tie with a two-spot in the eighth. Facing new pitcher Garrett Whitlock, Choi grounded out to first.

The Red Sox won the game and the series thanks to Kike Hernandez's sacrifice fly with one out in the bottom of the ninth.

In three games this series, Choi batted 2-for-7 with a home run, which came during a Game 2 loss Friday.