SEOUL, Oct. 12 (Yonhap) -- An annual conference of South Korean business leaders from around the world kicked off in Seoul on Tuesday, with a focus on forging stronger ties and creating more overseas job opportunities for their compatriots. 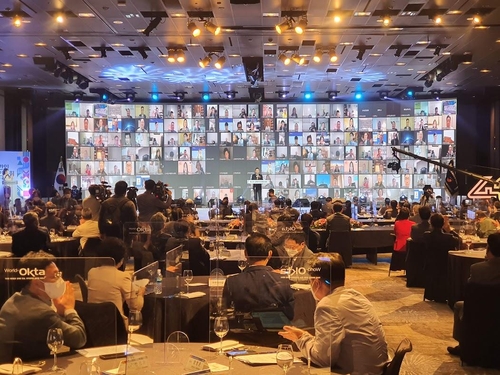 The four-day convention brought together about 1,000 World-OKTA members from 138 cities in 64 countries for both in-person and online events. The opening ceremony was attended by 200 vaccinated people under strict COVID-19 protocols.

Last year's gathering was canceled due to the coronavirus pandemic.

The convention is intended to help small and medium-sized businesses and young people make inroads into foreign markets, in addition to building closer business networks among members and their businesses. 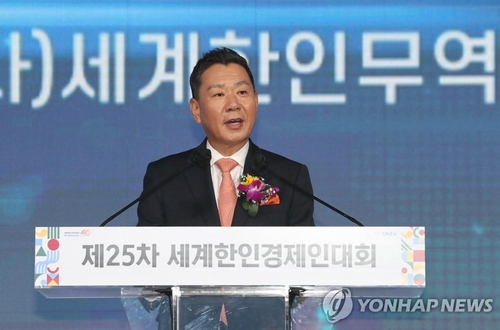 "The network of Korean businesspeople established over the past 40 years has become a foothold in helping our country's companies continuously expand their business territories," World-OKTA Chairman Ha Yong-hwa said.

Kim offered thanks to the overseas Korean businesspeople for their hard work in promoting South Korea's economic growth with pride in their Korean heritage.

Seong said he anticipates World-OKTA to offer reassuring support to Korean businesses in overcoming the global economic situation mixed with hope and anxiety. 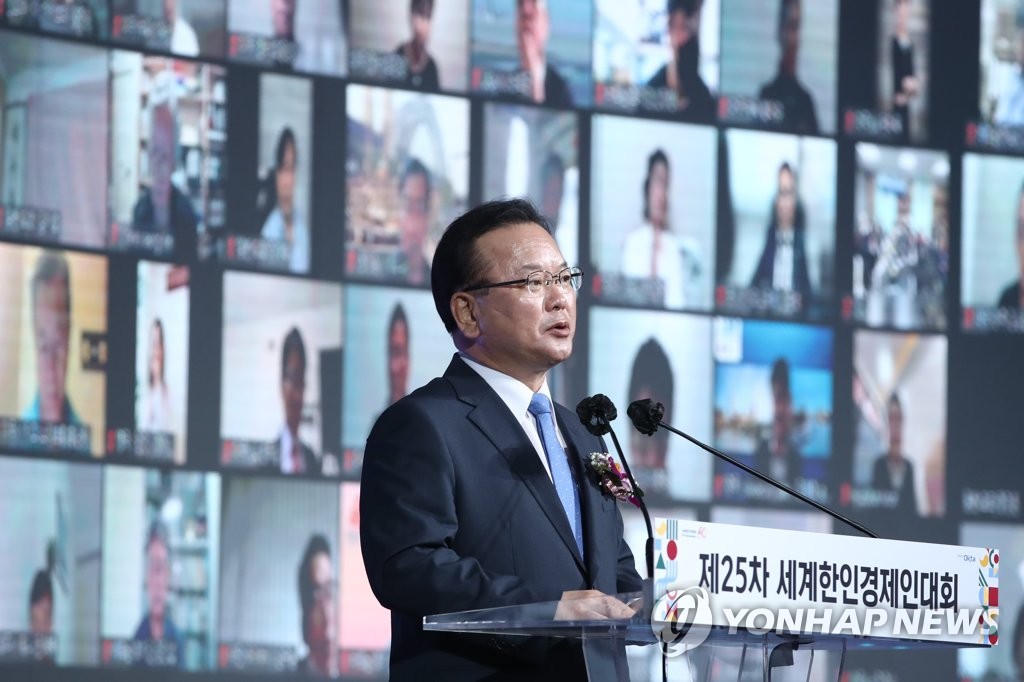 Seoul Mayor Oh Se-hoon vowed to make efforts to build a Seoul that can attract many overseas Korean businesspeople with investment opportunities.

Also among the attendees were Rep. Song Young-gil, leader of the ruling Democratic Party, and Lee Jun-seok, chairman of the main opposition People Power Party.

World-OKTA members plan to hold export consultations with about 60 small and medium-sized companies based in Seoul and hold online interviews with job seekers hoping to work overseas. They will also elect the association's 21st chairman to succeed Ha on Thursday. 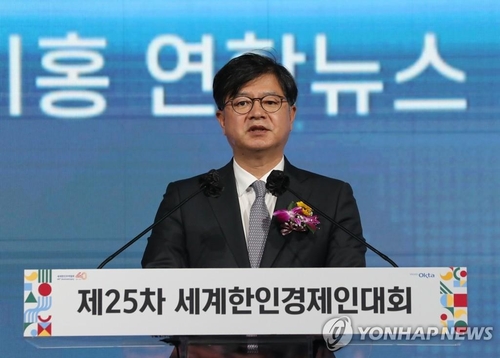