SEOUL, Oct. 12 (Yonhap) -- Prosecutors on Tuesday demanded a 70 million won (US$58,300) fine for Samsung Group heir Lee Jae-yong over his alleged illegal use of propofol, an anesthesia-inducing medication.

In June, prosecutors indicted the Samsung Electronics Co. vice chairman on charges of taking propofol for purposes other than medical treatments.

In a hearing held at the Seoul Central District Court on Tuesday, prosecutors demanded the court hand Lee a 70 million fine and an additional forfeit of 17 million won.

Lee is suspected of having excessively and illegally taken the anesthesia drug at a plastic surgery clinic in Seoul from 2017-18. He has denied the allegation, arguing he used propofol "normally" in accordance with a doctor's prescription. 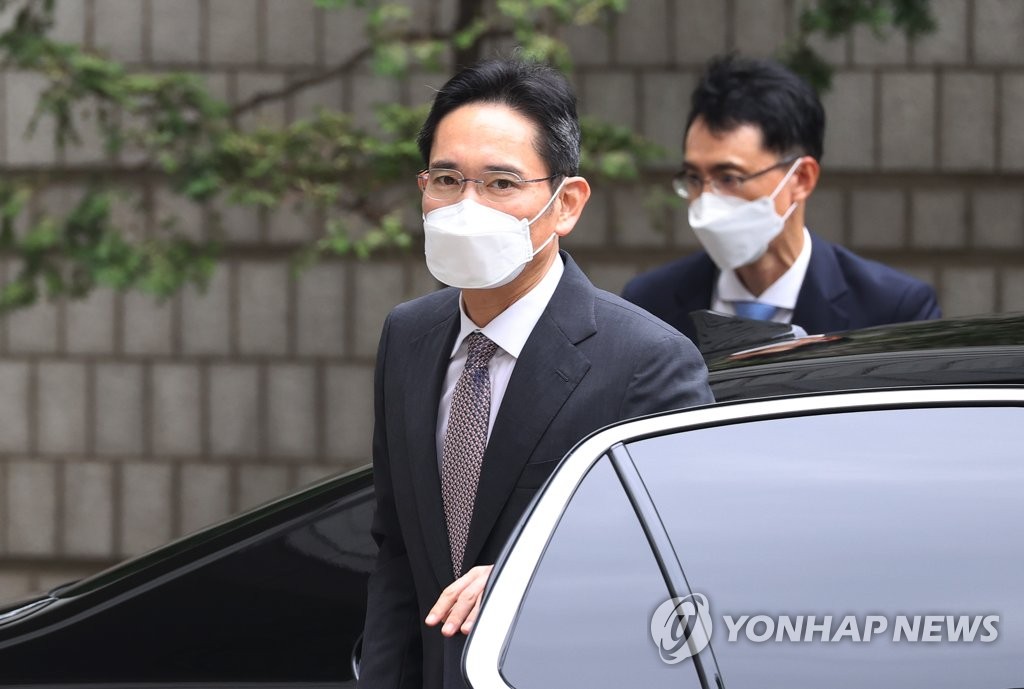