SEOUL, Oct. 12 (Yonhap) -- Gyeonggi Gov. Lee Jae-myung, the ruling Democratic Party (DP)'s presidential nominee, said Tuesday he will keep his governorship through the parliamentary audit of his province, even though the opposition is expected to use the sessions to attack him over a snowballing development corruption scandal. 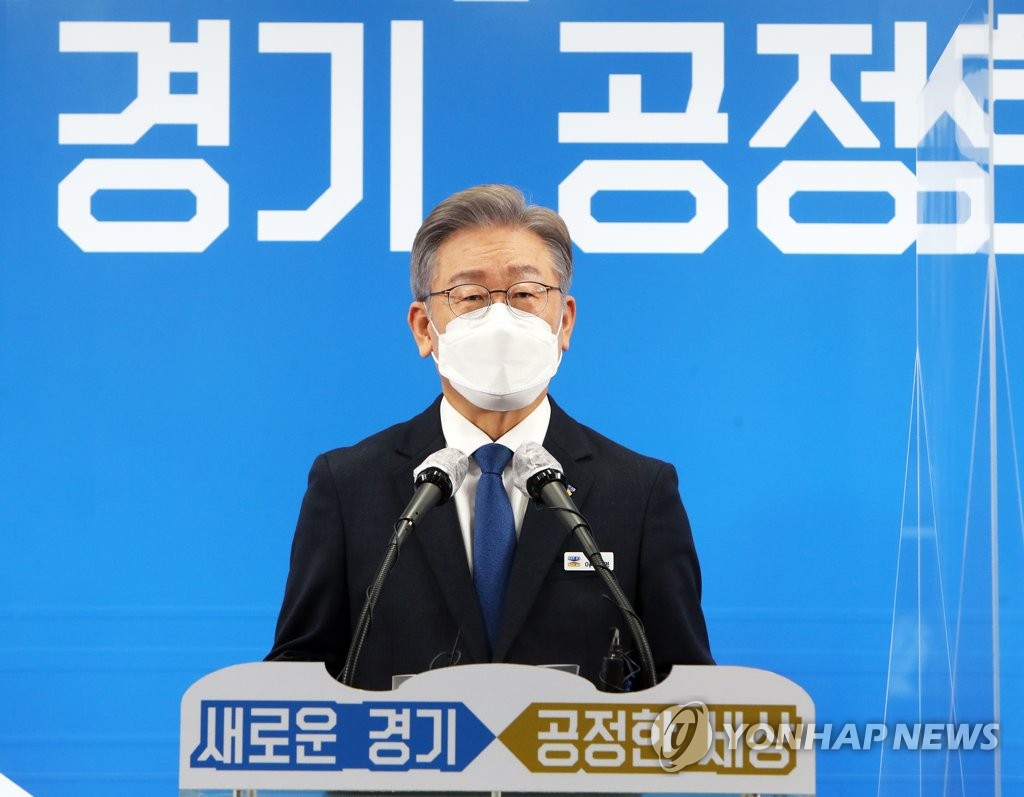 Observers had predicted that Lee, who was named the DP's standard-bearer for the March presidential election on Sunday, could step down as governor before the National Assembly's audit of the provincial government set for Oct. 18 and Oct. 20.

The main opposition People Power Party (PPP) is widely expected to use the sessions to question Lee over the scandal centering on allegations that a close aide to Lee helped a little known asset management firm, Hwacheon Daeyu, make massive profits from a development project in the Daejang-dong district in Seongnam, south of Seoul, when Lee was mayor of the city.

"Many people have asked me when I would resign from the governor post, so I decided to address this issue publicly," Lee said in a press conference at his office in Suwon, south of Seoul. "I understand the party leadership's proposal of me stepping down from the governorship early and focusing on the presidential election, but after deep consideration, I decided to take the parliamentary audit as I originally planned."

Lee admitted that the upcoming parliamentary audit on the province is expected to be a political war regarding the land development scandal instead of provincial affairs.

"There are going to be political attacks regarding Hwacheon Daeyu, but I believe it is actually going to be a good opportunity to explain administrative work and achievement of the Daejang-dong development project."

The opposition PPP has accused Lee of masterminding the whole scheme, and called for an independent counsel investigation into the scandal while urging him to step down as presidential candidate.