SEOUL, Oct. 12 (Yonhap) -- The chief of the state arms procurement agency voiced confidence Tuesday that South Korea and Indonesia will conclude their negotiations over the latter's overdue payments for a joint fighter development project by November.

Kang Eun-ho, head of the Defense Acquisition Program Administration (DAPA), made the remarks during a parliamentary audit session, amid lingering concerns over whether Indonesia will continue to fulfill its commitment to the 8.8 trillion won (US$7.3 billion) project, called IF-X.

Indonesia had agreed to shoulder 20 percent of the new fighter's development cost. But it later stopped making payments, with the amount of the overdue payments currently standing at 704.1 billion won (US$586 million).

"I am convinced that (talks over) the issue of the overdue payments will be concluded by November," Kang told lawmakers. "We will finish it by then." 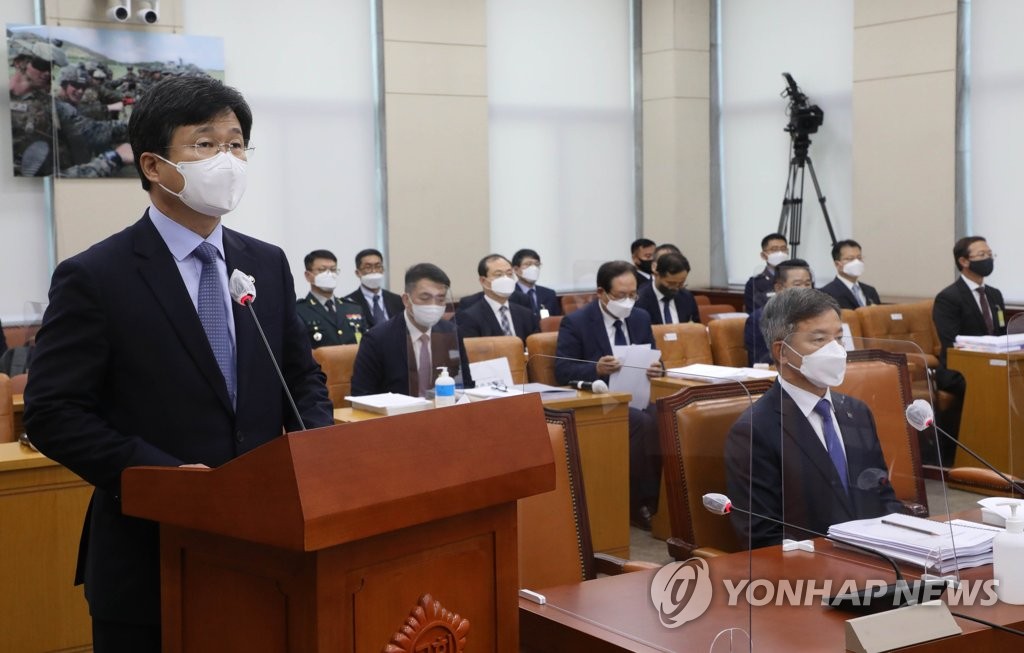 The working-level talks between the two countries deal with a range of issues, including how and when Indonesia will make the overdue payments. The sixth round of the talks is slated for later this year, according to the DAPA

During the audit session, Kang also said the Southeast Asian country has recently signed a contract with Korea to purchase six T-50I trainer jets, which he stressed is a sign of its willingness for technological and industrial cooperation with Korea.

Meanwhile, the arms procurement agency said in its parliamentary audit report a series of government agencies, including the DAPA and ministries of defense, science and industry, will seek to establish a joint consultative body to more effectively prevent and counter cyber threats.

The DAPA also said it is working on crafting a master plan for space defense industries.

Talks over Indonesia's overdue payments for fighter project to conclude in Nov.: DAPA

Talks over Indonesia's overdue payments for fighter project to conclude in Nov.: DAPA