SEOUL, Oct. 12 (Yonhap) -- The International Monetary Fund (IMF) kept its 2021 economic growth estimate for South Korea unchanged at 4.3 percent despite its downward revision for advanced countries, as Asia's fourth-largest economy is showing signs of rebounding thanks to a recovery in exports and the impact from state-run stimulus measures.

The growth projection is higher than the 4 percent growth forecast by both the Organization for Economic Cooperation and Development, and the Asian Development Bank.

"The estimate for South Korea's economy remains unchanged despite a sharp downward revision for advanced economies, including the United States," the Ministry of Economy and Finance said in a press brief on the IMF report. "It appears to be thanks to the expansion of vaccination, a solid upward trend in exports and the impact from the implementation of extra budgets."

The Washington-based organization cut its growth forecast for advanced economies from 5.6 percent to 5.2 percent for 2021. The U.S. economy, in particular, was forecast to grow 6 percent, down from 7 percent predicted in July.

The latest estimates came as South Korea's exports appear to be on a solid recovery track, driven in part by the implementation of government pandemic-related extra budget spending and other measures.

Overseas shipments, which account for half of the economy, grew 16.7 percent on-year in September, extending their gains to the 11th straight month, state data showed.

Consumption and investment have not rebounded as much, however, with retail sales declining for the second straight month in August and facility investment marking the biggest decline in 15 months in the same month.

South Korea has been pushing to contain the spread of the coronavirus by maintaining tight controls on operating hours for businesses and restricting people's outdoor gatherings.

To cushion the economy from the fallout from the pandemic, the South Korean government has drawn up two rounds of extra budgets this year, including the latest 34.9-trillion-won (US$30.3 billion) spending plan passed by the National Assembly in July. 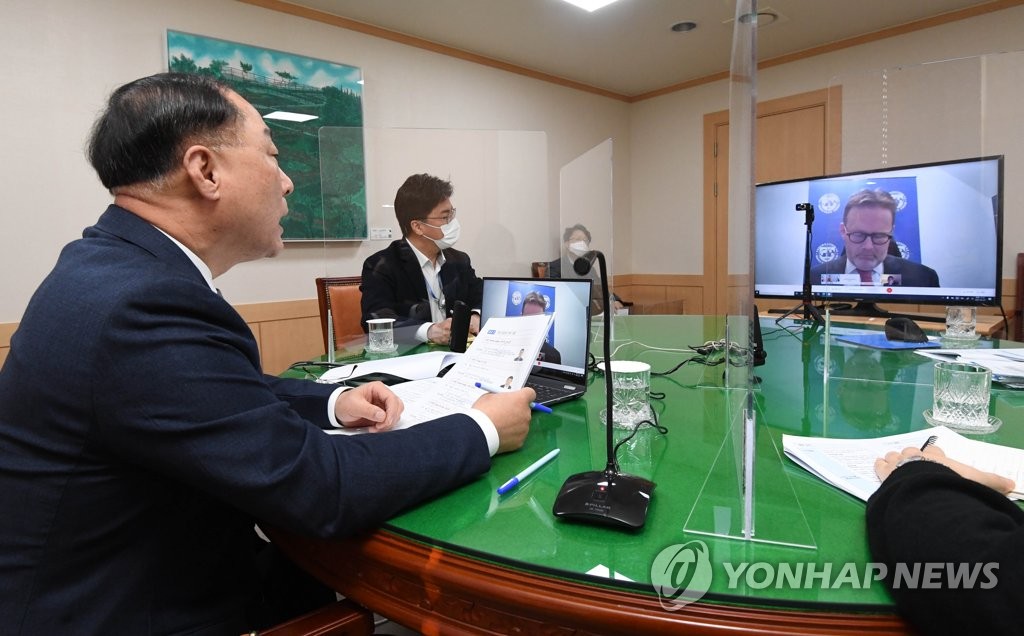