SEOUL, Oct. 12 (Yonhap) -- South Korea's chief nuclear envoy will visit Russia this week to discuss ways to get North Korea back to denuclearization talks with his Russian counterpart, the foreign ministry said Tuesday.

Noh Kyu-duk, the special representative for Korean Peninsula peace and security affairs, will depart for Moscow on Wednesday to meet with Russian Deputy Foreign Minister Igor Morgulov on Thursday.

"The two sides will have in-depth discussions on various ways to restart the peace process on the Korean Peninsula," the ministry said in a statement.

It will be their first in-person meeting since Morgulov visited Seoul in August. At that time, the Russian official traveled here along with the U.S. special representative for North Korea, Sung Kim, for discussions on ways to bring Pyongyang back to the denuclearization talks. 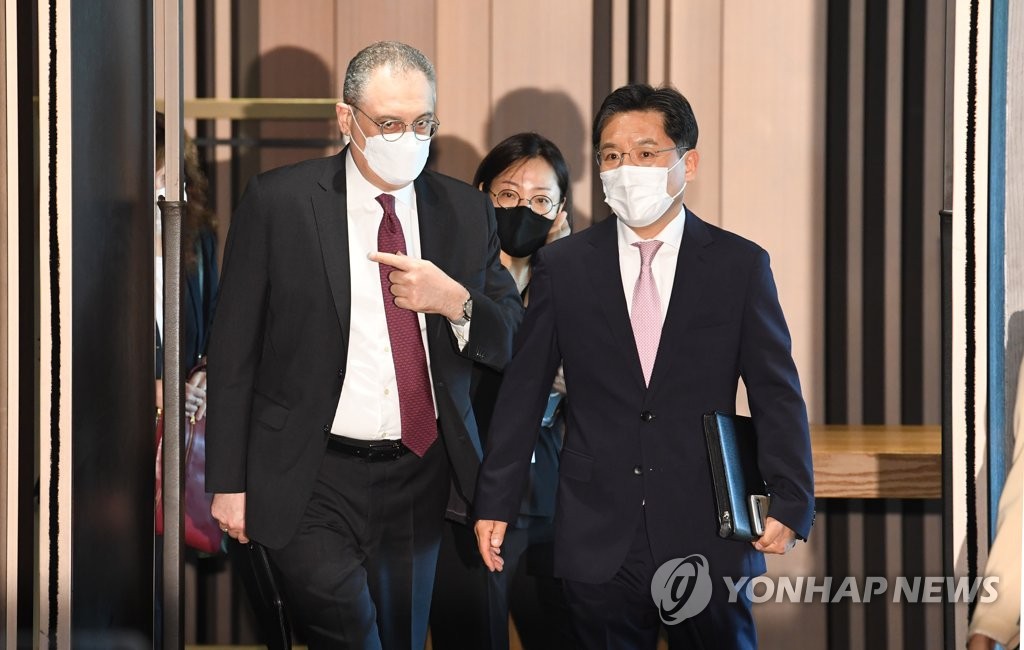