Sim won a runoff against former party leader Lee Jeong-mi, with 51.12 percent of the vote, the party said.

The 62-year-old is a household name within the progressive camp and has made three previous bids for president.

In the last presidential election in 2017, Sim earned 6.17 percent of the vote, the most for a progressive candidate.

A former labor activist, the nominee is known for her lifelong advocacy for workers' rights and harsh criticism of family-owned conglomerates.

Sim has represented a district in Goyang, just north of Seoul, for three consecutive terms, and served as party leader multiple times.

The presidential race has been shaping up to be a two-way race between the leading contenders of the ruling Democratic Party and the main opposition People Power Party. 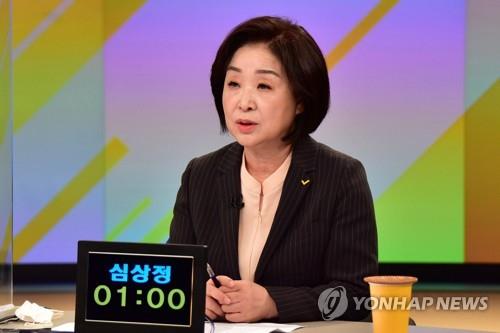