Hwang won the 200m IM gold medal in the National Sports Festival at Gimcheon Indoor Swimming Pool in Gimcheon, 230 kilometers south of Seoul, with a time of 1:58.04. He shattered a previous record, set by Park in July 2014, by 2.27 seconds.

Hwang's personal best before Tuesday had been 2:00.77, which he set in March this year in his first 200m IM appearance. In about seven months, the 18-year-old became the first South Korean man to finish the race in under two minutes.

In the 200m IM race, swimmers race 50m each in four different strokes, in the order of butterfly, backstroke, breaststroke and freestyle.

Hwang now owns national records in three races. He set new marks in the 100m freestyle (47.56 seconds) and the 200m freestyle (1:44.62) at the Tokyo Olympics this past summer. Park, the only South Korean swimmer to have won an Olympic medal to date, had held records in both of those events.

The 200 IM title was Hwang's third at the National Sports Festival, following his earlier titles in the 50m freestyle and the 2x400m freestyle relay. 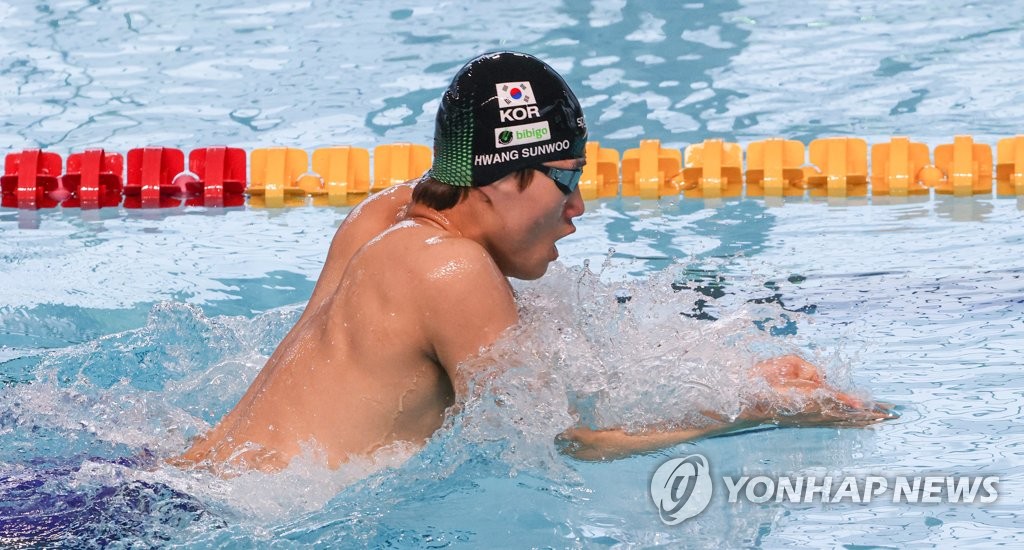