He is suspected of colluding with Yoo Dong-gyu, then acting president of Seongnam Development Corp. in charge of the city-run project, to get his firm to take part in the lucrative development of Seongnam's Daejang-dong district into apartment complexes and ultimately causing some 110 billion won (US$91.9 million) damage to Seongnam City. 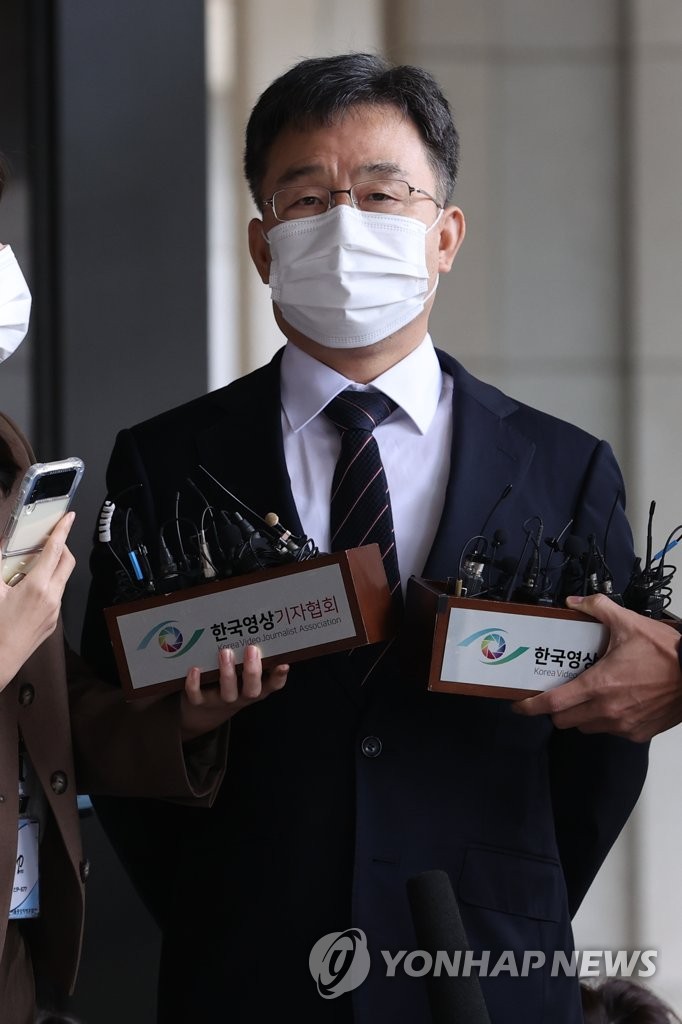 Kim allegedly gave Yoo 500 million won as part of a deal to pay him a total of 70 billion won. Prosecutors also suspect Kim paid a 5 billion-won bribe to the son of Rep. Kwak Sang-do, in the name of severance pay, to curry favor with the lawmaker, who was a presidential secretary.

Prosecutors believe Kim paid them the 5.5 billion won by embezzling part of the 47.3 billion-won fund he claimed to have borrowed from his asset management firm, Hwacheon Daeyu.

Kim's legal counsel expressed strong regret over the prosecutors' arrest warrant request, questioning the authenticity of the transcript of recorded conversations among key figures involved in the project, which one of them has submitted to the prosecutors. During the conversations, they allegedly squabble over plans to give money to influential figures.

Meanwhile, Nam Wook, a lawyer and another key figure in the scandal, is reportedly preparing to return home from the United States and recently hired lawyers to face the probe, according to sources with knowledge of the matter.

Nam allegedly played a key role in the development project, from which he is suspected of having earned about 100.7 billion won on an investment of 87.21 million won. He left for the U.S. months before the scandal broke.

In an interview with cable TV JTBC on late Tuesday, Nam confirmed allegations raised by the transcript that key figures involved in the business talked about spending 35 billion won in lobbying high-profile people and the money was to be paid to seven people, 5 billion won each.

When asked who the seven people were, Nam said, "they all came out in news reports."

The revelation about the so-called "5 billion-won Club" involving the seven figures was first made by an opposition lawmaker during the parliamentary audit last week. They include Kwon Soon-il, a former Supreme Court judge; Park Young-soo, a former special counsel; and Kim Soo-nam, a former prosecutor general.

Prosecutors investigating the case have requested immigration authorities notify them when Nam returns. They have requested the foreign ministry to invalidate Nam's passport, and police have requested Interpol's cooperation in tracking down him.