He made the call during a special Group of 20 (G-20) leaders' conference held via video links to discuss the situation in Afghanistan following the takeover by the Taliban.

"Korea hopes that Afghanistan will be rebuilt peacefully. Humanitarian assistance is urgent more than anything else," Moon said in the pre-taped speech to the session hosted by Italian Prime Minister Mario Draghi.

He stressed the help of the international community will greatly impact the future of the country.

"Although Afghanistan is unstable at present, the situation will become much different depending on the provision of international assistance," Moon said.

Moon mentioned South Korea's August operation, which evacuated 391 Afghan people to Seoul after the Taliban's takeover, adding Korea has also pledged to provide Afghanistan with US$1 billion worth of grants and financial assistance during the next 20 years.

"The G-20 has played a pivotal role in responding to world challenges and should do the same for the stability in Afghanistan," he said. "South Korea will actively take part in the assistance by the international community."

Among the countries that attended the conference were the United States, Germany, France, Japan, Canada and Australia. 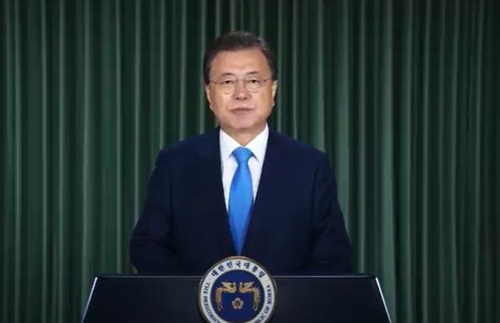 Moon calls for humanitarian support for Afghanistan at G-20 summit

Moon calls for humanitarian support for Afghanistan at G-20 summit