SEOUL, Oct. 13 (Yonhap) -- South Korea failed to protect a second-half lead and came away with a 1-1 draw against Iran in their World Cup qualifying match in Tehran, as the Taeguk Warriors' winless drought in the Iranian capital stretched to eight matches.

Captain Son Heung-min gave South Korea the lead three minutes into the second half at Azadi Stadium on Tuesday (local time), only to see Iran level the score in the 76th minute on Alireza Jahanbakhsh's header in the Group A match in the final Asian qualifying round for the 2022 FIFA World Cup. 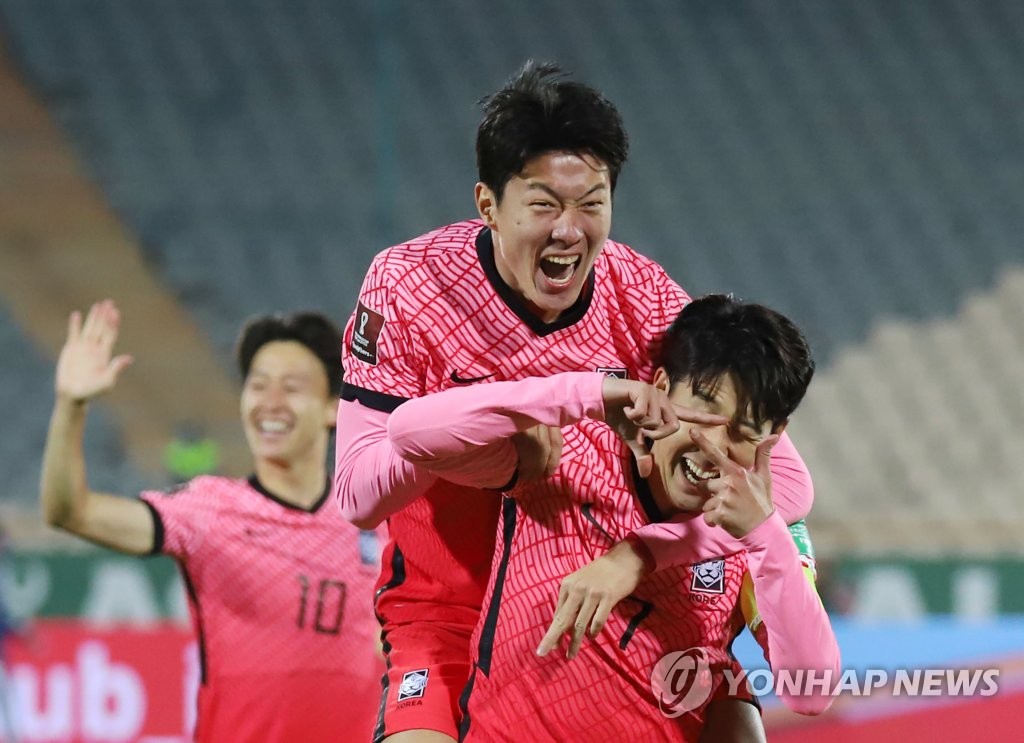 Iran stayed atop Group A with 10 points with three wins and a draw. South Korea remained in second place, two points back of Iran with two wins and two draws.

South Korea have never won a match in Tehran, with a record of three draws and five losses. The Red Devils have been outscored 11-4 in those eight matches.

The teams were scoreless in an uneventful first half. The possession numbers slightly favored South Korea, but once the visitors got into the attacking third, they found little space. Iran appeared more than content to play lockdown defense in the early going and looked for counterattack opportunities.

South Korea attempted eight shots in the opening half but none hit the target, with Iranian defenders consistently getting their bodies into the shooting lanes. 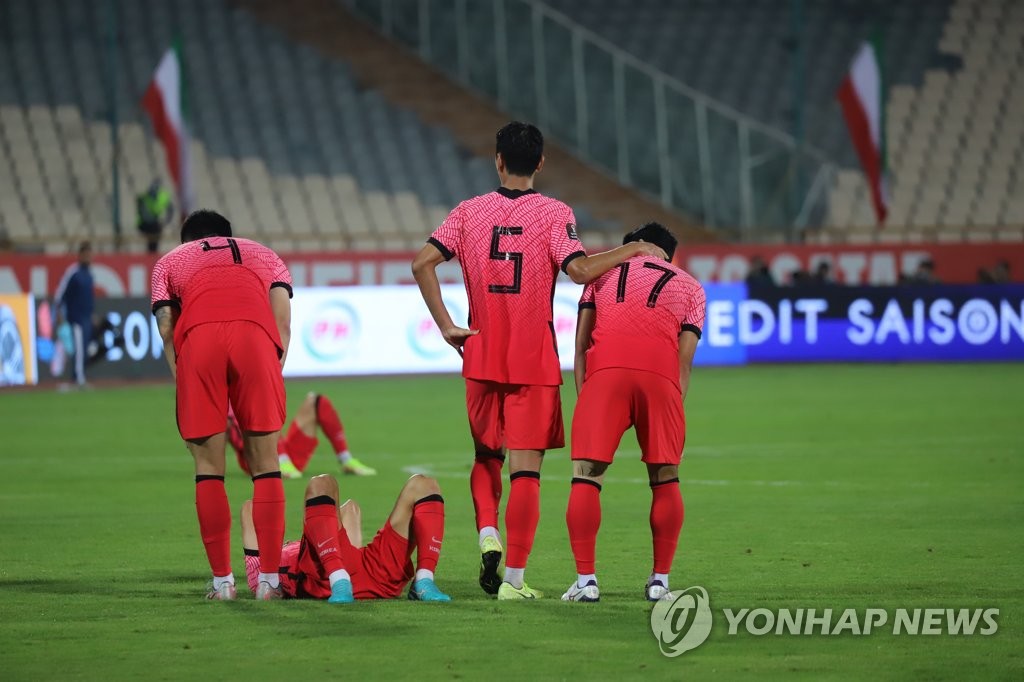 A great chance came in the 12th minute, when Lee Jae-sung's header, set up by a cross kick from Lee Yong, sailed over the crossbar and missed.

Iran took three consecutive shots during a dangerous sequence in the 43rd minute, with goalkeeper Kim Seung-gyu diving left and right to keep the match scoreless. First, it was Sardar Azmoun launching one from just outside the box to test Kim. After South Korea failed to clear the ball, Mehdi Taremi fired a bicycle kick to force another tough save from Kim. Alireza Jahanbakhsh's shot coming off of a rebound was also turned aside by the South Korean custodian.

Son, the star forward for Tottenham Hotspur, had the ice breaker in the 48th minute. Midfielder Lee Jae-sung sprung Son free with a gorgeous throughball, when Son got behind defender Sadegh Moharrami and fired one home past goalkeeper Alireza Beiranvand. It was Son's second goal in as many matches. 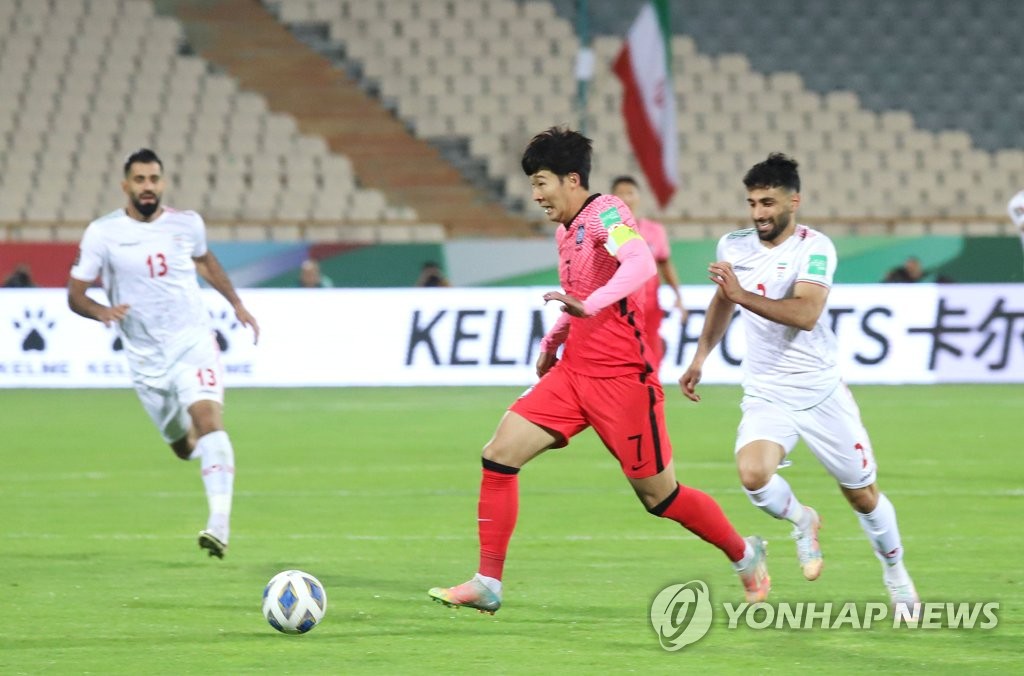 Iran started pressing harder on the offensive end with their efforts nearly bearing fruit in the 67th minute, but Saeid Ezatolahi's right-footed shot from outside the box hit the woodwork.

South Korea were not nearly as lucky in the 76th minute as Iran finally pulled even. After a failed shot attempt, Sardar Azmoun saved the ball from rolling past the endline and crossed for the unmarked Jahanbakhsh, whose header just beat Kim Seung-gyu.

Pushed on the back of their heels, South Korea had one last chance at stealing a victory. Seconds before the final whistle, substitute Na Sang-ho stepped into a shot from outside the box after Son's fastbreak was foiled, but Beiranvand was up to the task. 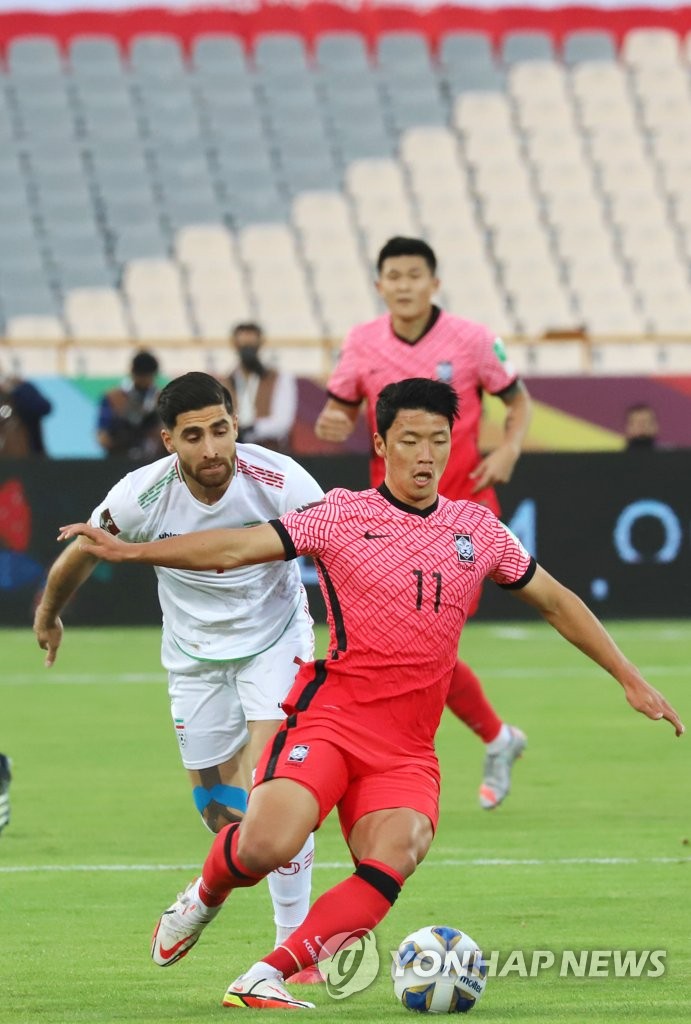 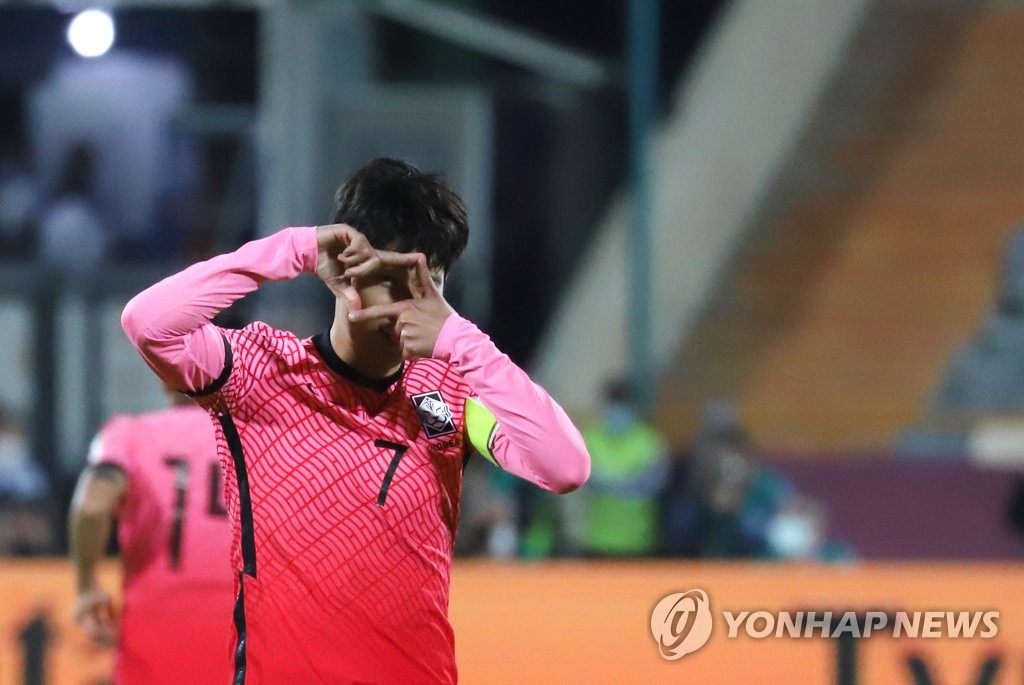