SEOUL, Oct. 13 (Yonhap) -- During South Korea's hard-fought, 1-1 draw against Iran on Tuesday in Tehran, South Korea coach Paulo Bento must have felt like he was coaching two different teams at once.

South Korea enjoyed better possession numbers in the first half, and Son Heung-min's 48th-minute goal should have been enough for their first-ever victory at Azadi Stadium. 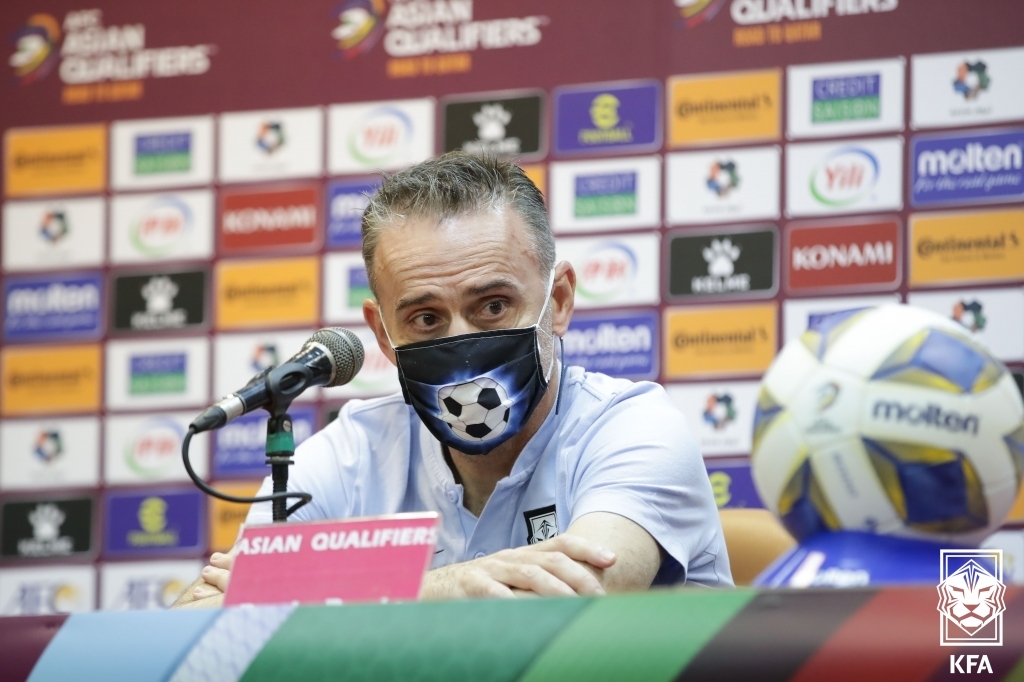 However, soon afterward, South Korea turned into a different team, and not in a good way.

Iran, who had been surprisingly careful and passive in the first half, ratcheted up their offensive pressure, and predictably so as they were trying to even the score. South Korean players looked flustered in the face of the sudden onslaught late in the match. Iran got their equalizer in the 76th minute, and even hit the woodwork twice.

The match between the 22nd-ranked Iran and No. 36 ranked South Korea ended in a deadlock. 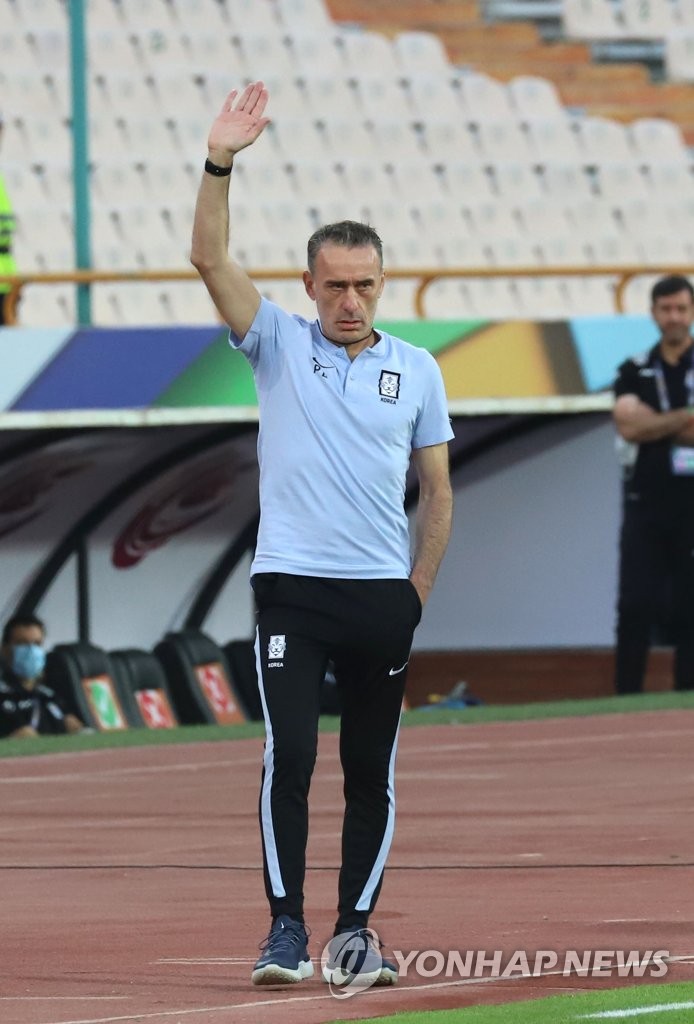 "I think it was a good game between two good teams with different styles," Bento observed in his postmatch press conference. "I think we were better in the first half. Then after our goal, Iran had a very good reaction. We couldn't attack or control the game the way we did in the first half. We had a chance to score at the end of the game but I think it's a fair result in a balanced game."

Bento was referring to a shot taken by substitute Na Sang-ho as the clock was ticking. The midfielder was left alone as he stepped into a shot from just outside the box, but goalkeeper Alireza Beiranvand made a game-saving stop to preserve the draw. 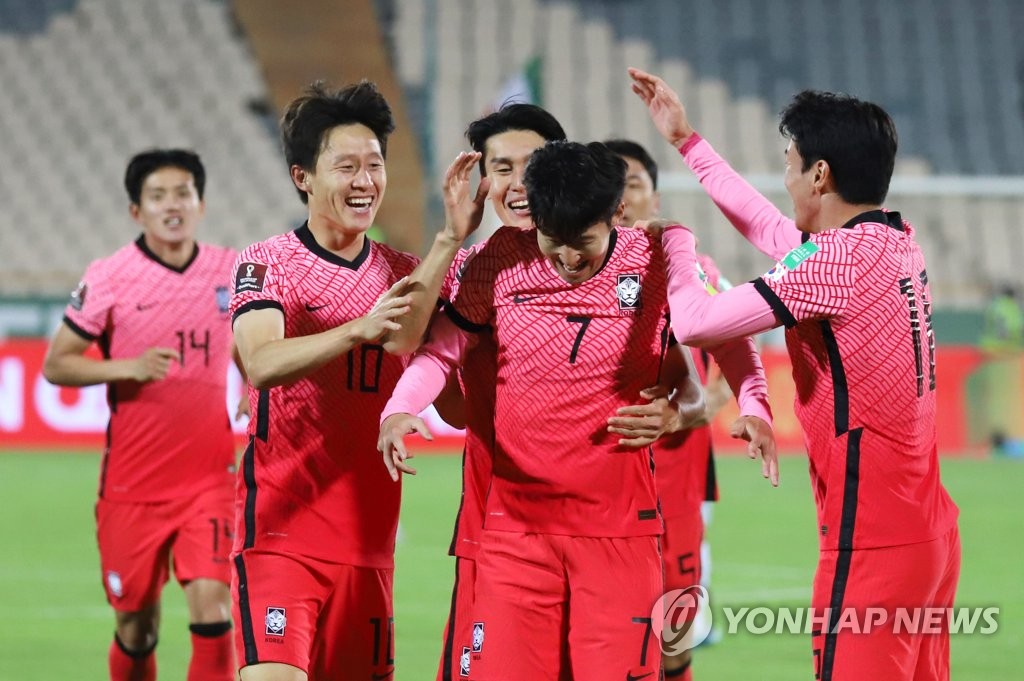 "We knew it wouldn't be a game where we were going to dominate the opponent every time," Bento said. "We should think that the opponent is a very good team with very good players, strong players. They pressed our team strongly and we also had difficulties to find space behind their defensive line."

The result kept Iran and South Korea in the same places in Group A of the final Asian qualifying round for the 2022 FIFA World Cup. Iran still lead the group, now with 10 points from three wins and a draw. South Korea remained in second place with eight points from two wins and two draws. 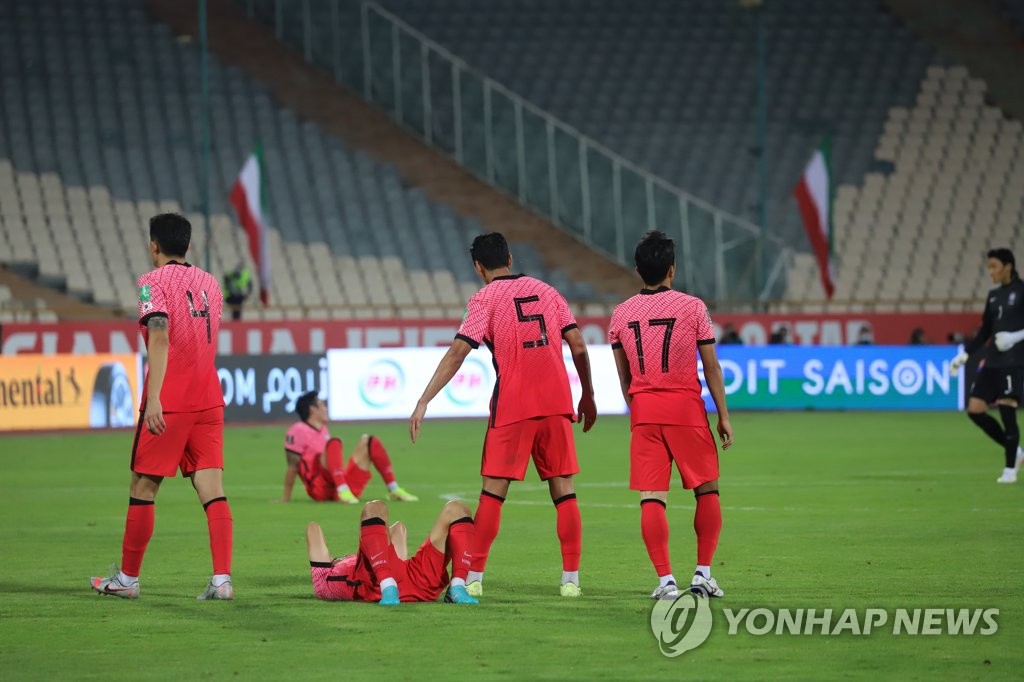