"We are going to continue to make sure that our alliance with the Republic of Korea remains as ironclad and as strong as it is, and that our South Korean allies, likewise, have the capabilities they need to defend themselves if needed," the spokesman said in a daily press briefing, referring to South Korea by its official name.

"Our presence on the peninsula, our presence in the region is about maintaining a sense of stability and security," he added. 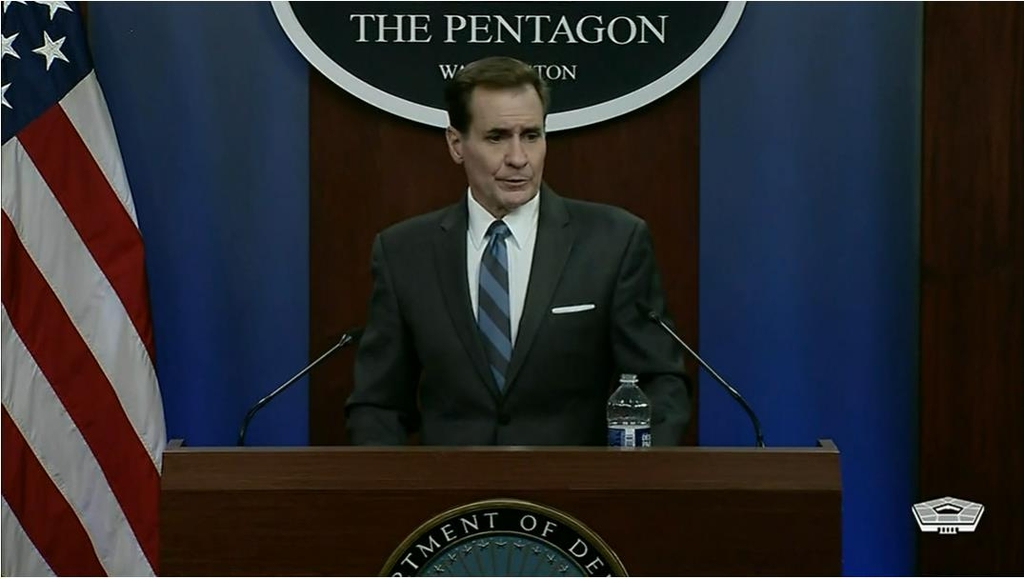 Kim on Monday (Seoul time) called for efforts to boost the North's military capabilities to counter what he called "hostile forces."

"The military threats our country is facing is different from what we saw 10, five or three years ago," he was quoted as saying by the North's official Korean Central News Agency.

Washington maintains some 28,500 forces in South Korea as part of its joint deterrence against a possible North Korean invasion of the South.

"All we would say is that we continue to support the (Joe) Biden administration's approach to a measured diplomatic effort to try to reduce tensions on the peninsula and to ensure the denuclearization of North Korea. We think that's in the best interest not only of the entire peninsula but of the region, and we're going to continue to support those diplomatic efforts," he said.

His remark came shortly after a State Department spokesperson urged the North to come to the dialogue table.

"The United States harbors no hostile intent toward the DPRK. We are prepared to meet with the DPRK without preconditions and engage in serious and sustained diplomacy. We hope the DPRK will respond positively to our outreach," the State Department official said, referring to North Korea by its official name, the Democratic People's Republic of Korea.