U.S. National Security Adviser Jake Sullivan also reaffirmed that the United States holds no hostile policy toward the North during a bilateral meeting with his South Korean counterpart, Suh Hoon, in Washington, according to the South Korean embassy.

"The two sides noted they have ceaselessly consulted on North Korean issues, including their diplomatic efforts at all levels to engage with North Korea, since the U.S. unveiled its North Korea policy," the embassy said of the meeting.

"The U.S. side reaffirmed the U.S.' sincerity that it holds no hostile policy toward North Korea and also reiterated its stance that it will engage in negotiations with North Korea anytime, anywhere without preconditions. The two sides agreed to continue working closely on concrete ways to engage with North Korea," the embassy added. 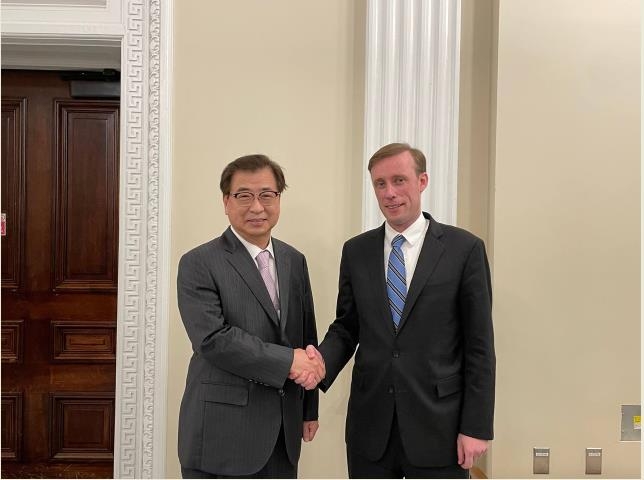 "The two sides ... noted follow-up measures are steadily being taken in various areas such as vaccine cooperation, climate change, new technology and semiconductor supply chain since the countries agreed to develop the South Korea-U.S. alliance into a "comprehensive partnership toward future" in the May summit meeting," the embassy said in a press release.