SEOUL, Oct. 13 (Yonhap) -- South Korea reported the largest job growth in more than seven years in September in the latest sign that the country's job recovery has continued despite the fourth wave of the pandemic, data showed Wednesday.

The number of employed people reached 27.68 million last month, 671,000 more than a year earlier, according to the data compiled by Statistics Korea.

It marked the largest job additions since March 2014, when the number of employed people grew 726,000.

It also was the seventh straight month of job growth as the South Korean economy is recovering from the pandemic.

Asia's fourth-largest economy is on a recovery track on the back of robust exports of chips and autos. 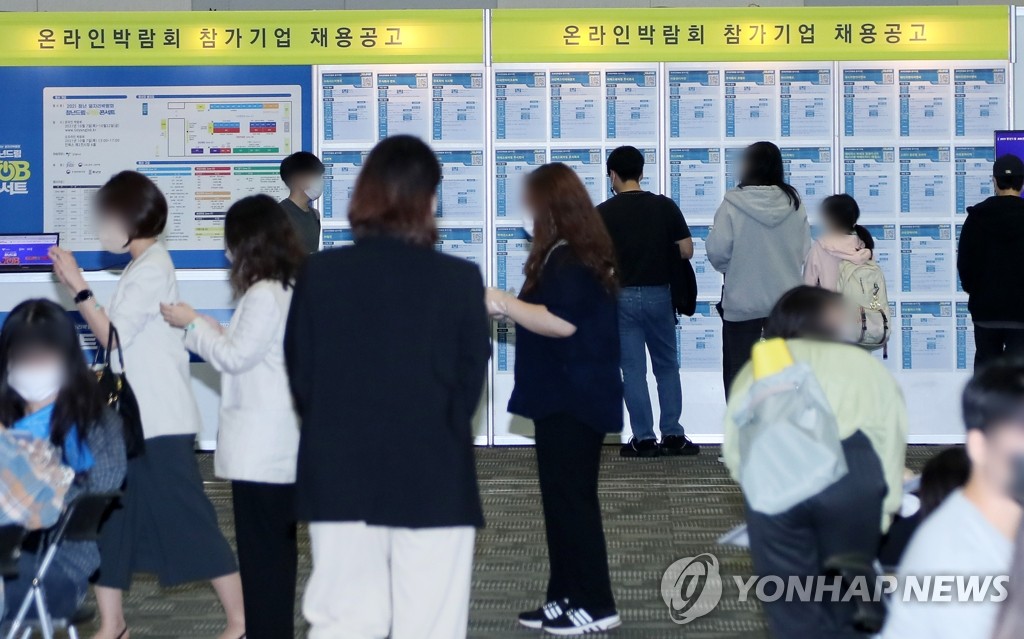 Job additions largest in over 7 years in Sept. despite 4th wave of pandemic

Job additions largest in over 7 years in Sept. despite 4th wave of pandemic