SEOUL, Oct. 13 (Yonhap) -- A dozen Asian teams are almost halfway through their final qualifying round for the 2022 FIFA World Cup, and Iran and South Korea are still leading the way in Group A following their 1-1 draw in Tehran on Tuesday.

The battle for third place got a little more interesting Tuesday night, with Lebanon, the lowest-ranked nation in Group A at 97th, earned the first victory among teams in the non-Iran or South Korea division. 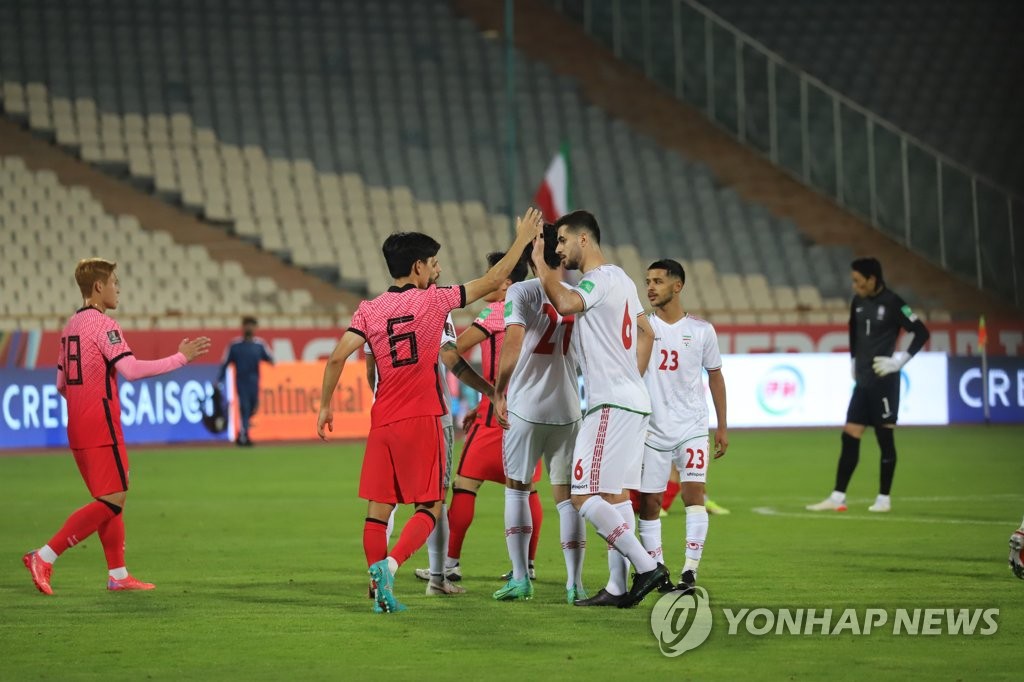 With all countries having played four out of 10 matches, Iran are at the top with 10 points from three wins and a draw. South Korea have eight points on two wins and two draws.

Lebanon improved to five points after defeating Syria 3-2. Lebanon entered the match with two draws and one loss in the bags.

In the other match Tuesday, the United Arab Emirates (UAE) and Iraq played to a 2-2 draw. The two countries have an identical record of three draws and one loss, and the UAE remain ahead for now thanks to their goal difference edge, -1 to -3.

Syria are bringing up the rear with one draw and three losses. 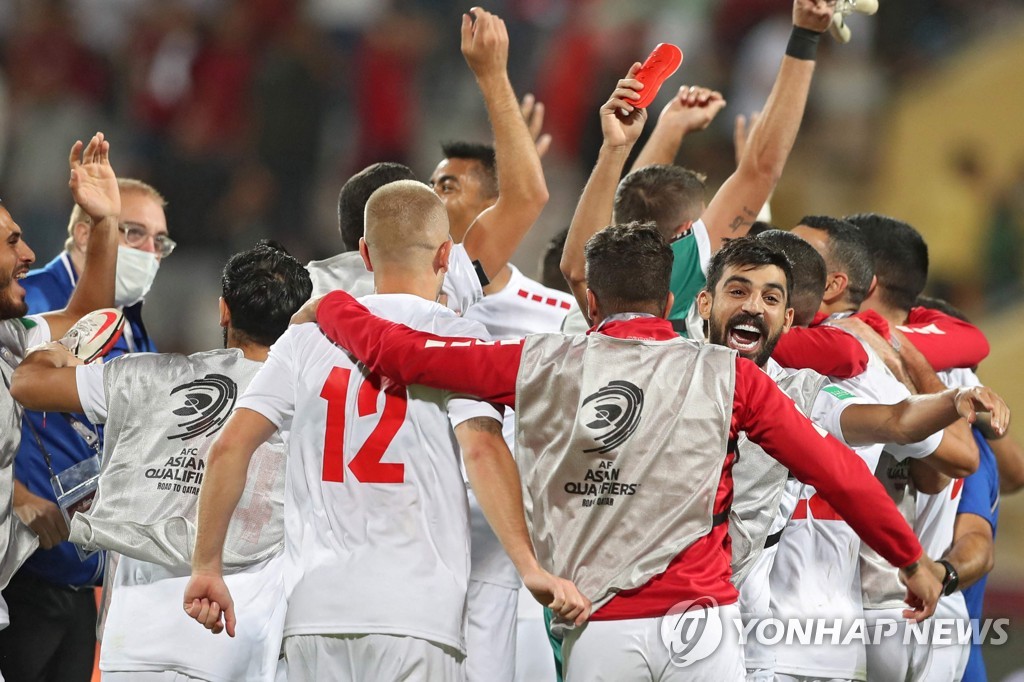 Over in Group B, Saudi Arabia have reeled off four straight wins to lead at 12 points, followed by Australia with nine points. Oman and Japan have six points each, with Oman holding a goal difference tiebreak advantage. China have three points, and Vietnam, coached by South Korean Park Hang-seo, are in last place after four losses in a row.

From the final round, the top two teams from each of the two groups earn automatic berths in the World Cup. Two third-place teams will meet in a playoff, and then the winner will move on to the last-chance intercontinental playoff. 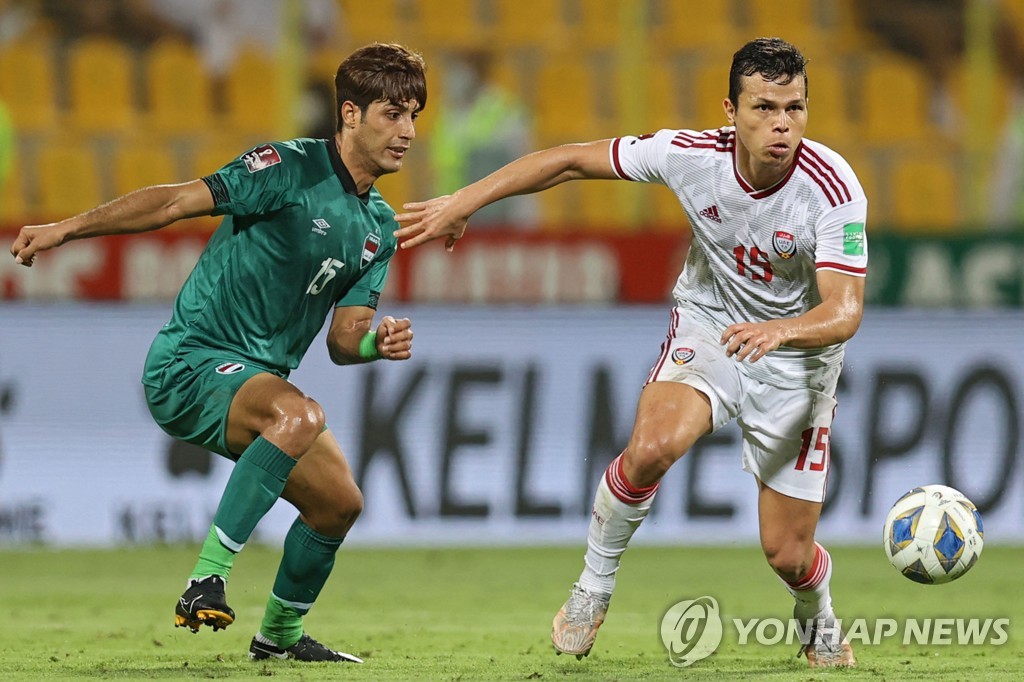