Kim hinted at easing virus prevention measures under the new scheme, which is expected to begin Nov. 9, but he stressed that does not mean that the country should let its guard down against the virus.

Under the scheme, COVID-19 will be treated as an infectious respiratory disease, like seasonal influenza.

"We are not saying people should take off their masks right away," Kim said during the inaugural meeting of a new government-civilian committee handling the transition to normal life under the pandemic. "Although we may ease quarantine measures, we should also prepare for the worst possible situation."

Kim said that a "vaccine pass," which will allow fully vaccinated individuals access to multiuse facilities, should be considered as vaccinations pick up pace.

"We must review new measures like a vaccine pass and also reinforce our medical response system to prepare for unexpected situations," he said. 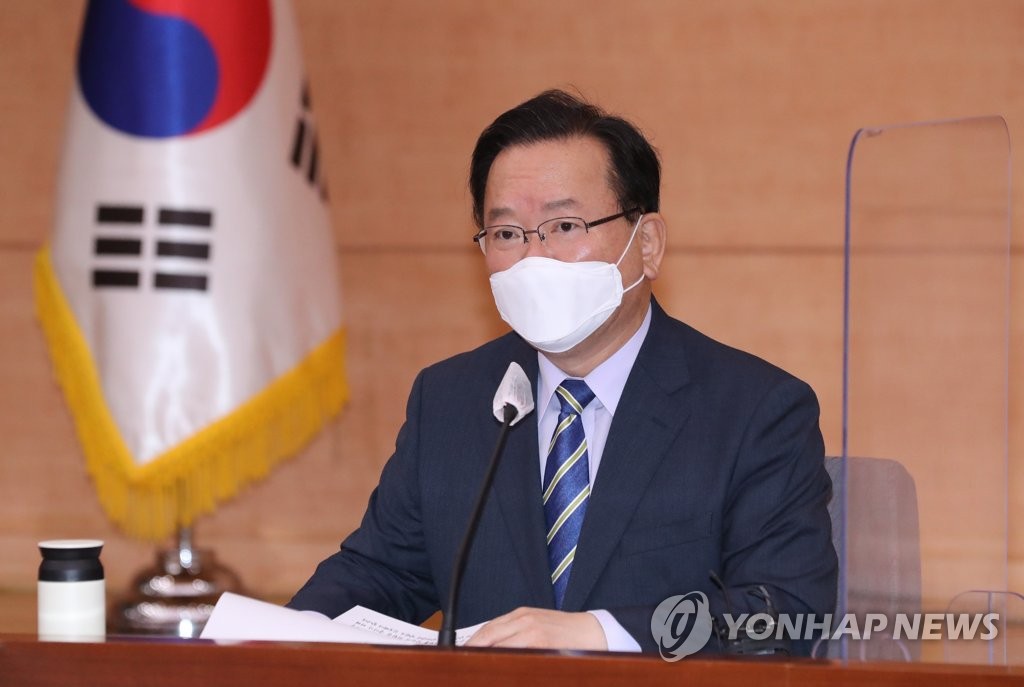 The government launched the committee with experts in order to come up with a road map to get people's virus-hit lives back to normal on a gradual basis starting next month.

A total of 30 private sector experts participated in the meeting with eight government officials to discuss ways to carry out the envisioned transition in the economic, education, security, coronavirus control and quarantine sectors.

The government earlier said that 70 percent of the country's 52 million population needs to be fully vaccinated in order to start its "living with COVID-19" scheme.

So far, 31.2 million people, or 60.8 percent of the population, have been fully vaccinated since the country began its inoculation campaign on Feb. 26.

More than 40.12 million people, or 78.1 percent of the population, have received their first shots of COVID-19 vaccines, according to health authorities.

South Korea is ramping up its vaccination campaign to get 70 percent of its population their second shots by Oct. 23 and to create herd immunity in November.