SEOUL, Oct. 13 (Yonhap) --- A government-civilian panel tasked with improving human rights conditions in the military proposed a set of measures Wednesday to better protect victims of sexual abuse at barracks and prevent additional harm to them.

Wrapping up its monthslong review, the panel consisting of civilian experts and government and military officials presented 73 recommendations, including measures to stamp out sex crimes in the military.

The panel was set up in June following a sexual harassment scandal that led to the suicide of a noncommissioned Air Force officer in May. It was co-chaired by Defense Minister Suh Wook and Pak Un-jong, former head of the Anti-Corruption and Civil Rights Commission.

The panel recommended that the military separate a victim of sexual abuse from the alleged perpetrator even before an investigation is over and that it clearly define who is responsible to protect the victim from additional damage.

In many cases, victims of sexual crimes by seniors are known to have suffered from various types of mistreatment, such as being ostracized at barracks.

The military is also advised to specify what constitutes additional damage to the victim of sexual crimes and devise strong punishments against such damage, the panel said.

The advisory body also called for setting up a special organization under the defense minister's office devoted to preventing sex crimes in the military.

Though the panel's recommendations are not legally binding, the ministry pledged to actively review them.

"Based on the proposals, we will make our utmost efforts to improve living conditions for troops and entrench an advanced culture at barracks," Suh said. 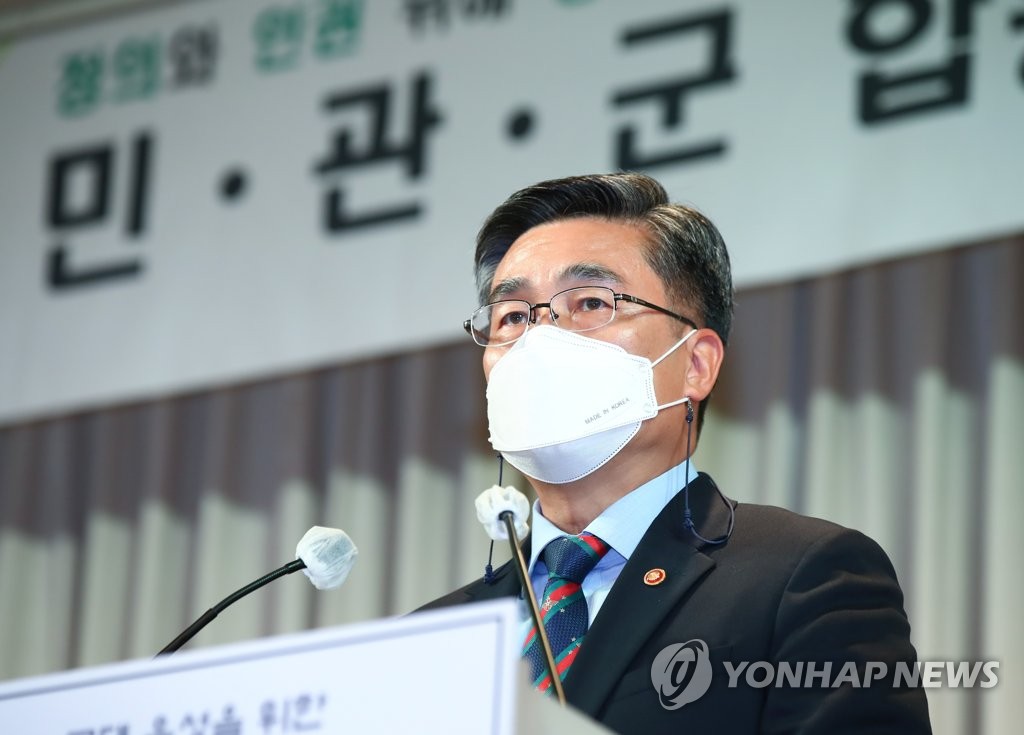 Park, the co-chair of the panel, said that though the proposals may not immediately address fundamental problems inherent in the military, they would serve as a foundation for "profound" improvement down the road.

Other recommendations include the abolition of a court martial during peacetime down the road for a more transparent investigation of military crimes.

"The abolishment of peacetime court martial will not necessarily weaken the leadership of the military but will rather allow commanders to focus on their own duties," the panel said.

In addition, the panel asked the military to allow draftees to use smartphones for longer hours and ease their dress codes as part of efforts to enhance overall human rights among service members.