SEOUL, Oct. 13 (Yonhap) -- Unification Minister Lee In-young on Wednesday visited an estuary of the Han River near the border with North Korea and urged Pyongyang to respond to Seoul's call for dialogue to jointly use the waterway as agreed earlier.

Under a military agreement signed at a 2018 summit between President Moon Jae-in and North Korean leader Kim Jong-un, the two sides agreed on the joint use of the estuary along their western border and conducted joint waterway research in November that year.

The project, however, has stalled since the 2019 collapse of the Hanoi summit between Kim and then U.S. President Donald Trump.

"The Han River estuary is a space of open possibilities that stimulates new approaches and creativity in mapping out inter-Korean cooperation," Lee said in a congratulatory speech during a trial navigation event at a port in Gimpo, west of Seoul, citing "flexible implementation of sanctions imposed on the North."

Calling for an early resumption of inter-Korean dialogue, the minister said, "Our government is ready to have inter-Korean talks at any time, anywhere on any subjects."

"I hope South and North Korea will promptly resume talks and take a step forward for implementing the various agreements the two sides made, including the cooperation in the Han River estuary," he said. 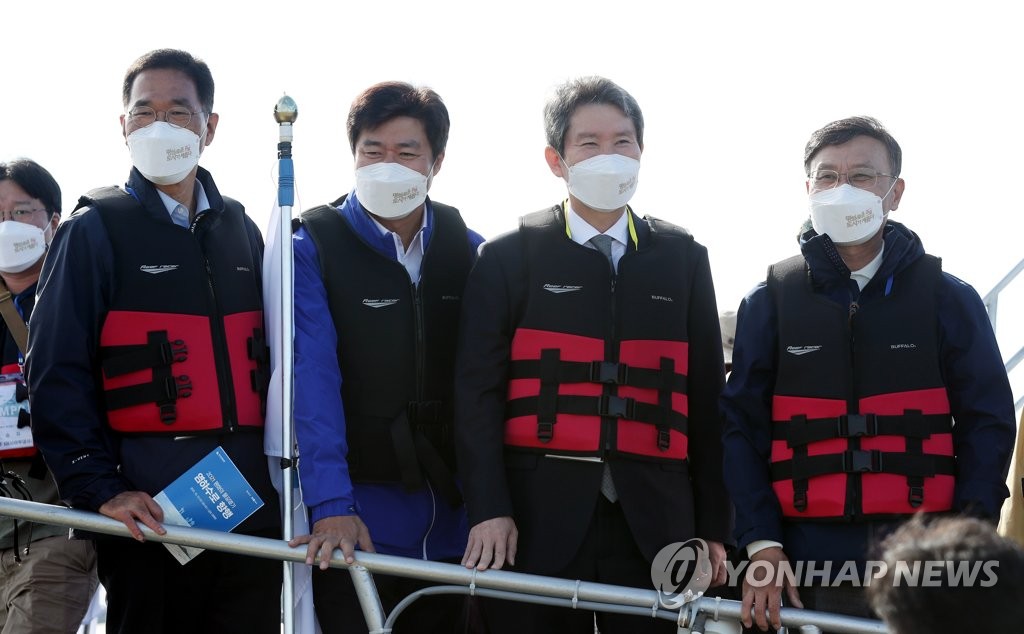